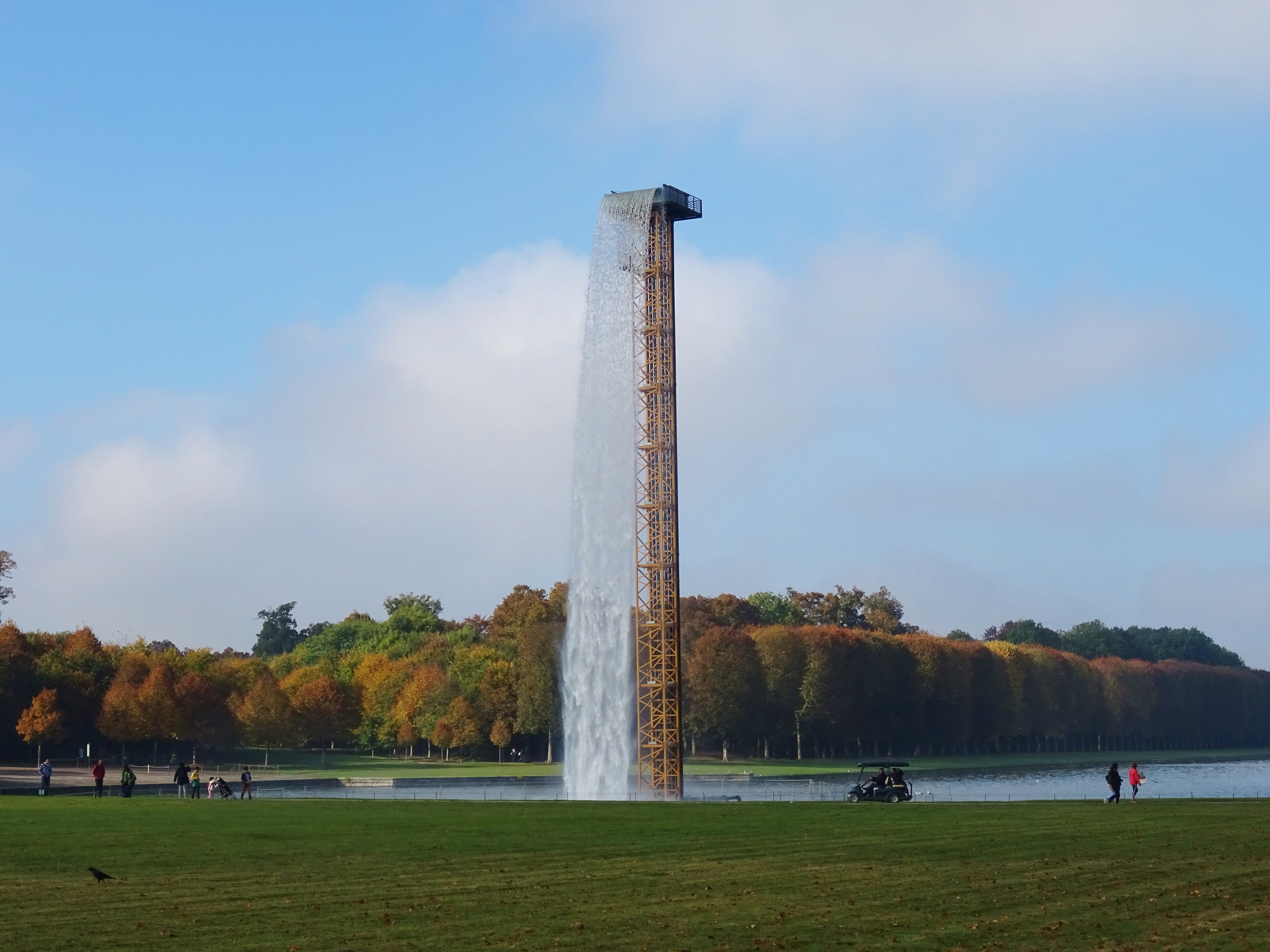 The Palace of Versailles is one of France’s top tourist attractions.  In recent years, internationally renowned artists have been invited to display their works in the palace and its grounds.  In 2016 it was the turn of Danish-Icelandic artist Olafur Eliasson, known for his unusual pieces.  Having not been to Versailles for some time, this autumn I decided to combine a visit to the opulent château with the opportunity to experience Eliasson’s works.

The Palace of Versailles lies on the outskirts of Paris, but when it was first built it was surrounded by countryside.  The original building, dating from 1623, was a hunting lodge for Louis XIII.  His son, Louis XIV – the Sun King, expanded the building into a royal palace, adding three new wings and extensive gardens.

Conscious of the cost of the large-scale extension, Louis XIV’s finance minister Jean Colbert declared that the palace should be used to showcase France, so all the materials used for building and decorating the vast royal residence had to be French, such as Gobelin tapestries.  At the time, the Venetians had a monopoly on mirror production so Colbert had to lure craftsmen from Venice to make Versailles’ famous Hall of Mirrors.  The result was a lavishly furnished palace on a scale hitherto unseen in Europe. 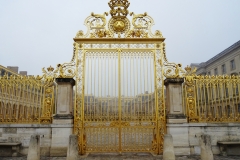 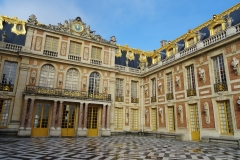 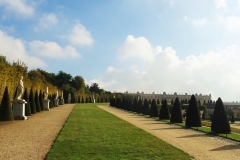 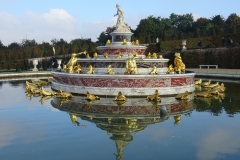 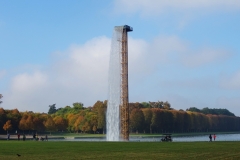 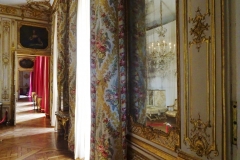 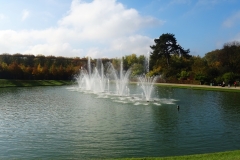 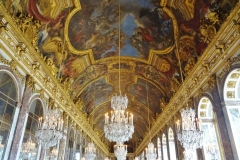 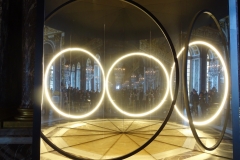 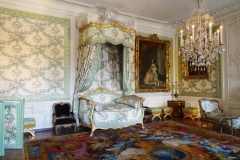 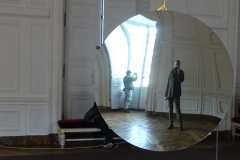 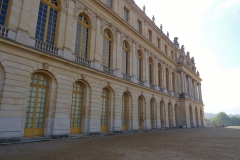 In 1682 Louis XIV proclaimed Versailles his main residence and the seat of government.  His Majesty lived surrounded by courtiers – the nobility.  Versailles’ size meant many of them could live in apartments in the palace, allowing them to be close to the King.  On any given day, there could be between 3,000 and 10,000 people at Court.

Daily life followed a strict schedule and was subject to rigid rules.  The King would take breakfast watched by hundreds of courtiers, while many more, eager to catch a glimpse of him or ask a favour, would line the way as he ceremoniously passed through the palace.

Louis XIV and his son Louis XV made further extensions, adding a theatre and an opera.  When the French Revolution broke out in 1789 Louis XVI and his wife Marie-Antoinette were forced to move to Paris.  After the dissolution of the monarchy three years later, Versailles fell into disrepair and much of the furniture was auctioned off.

In the 19th century, the palace was turned into the Museum of the History of France.  Some work was done on renovating the palace, but the main efforts to restore it to its former glory only began after World War II.

Given Versailles’ size and the years of neglect, restoration has been an expensive process.  Silks have been woven using 18th century techniques and some of the original furniture has been traced and bought back.

Versailles’ famous fountains also suffered from neglect.  Yet, although they, too, have been renovated, they are no longer as spectacular as the originals.  In 1999 a hurricane destroyed thousands of trees in the palace grounds; the replanting project, costing €135m, is due to finish at the end of this decade.

Versailles is still a museum, attracting some five million visitors a year, with about twice that number enjoying a stroll through its gardens.  Royalty and courtiers have been replaced by tourists, the lines to see the King by queues for admission tickets.

Since 2008 the Palace of Versailles has put on a series of exhibitions by French or foreign artists, each one lasting a few months.

The invited artist for 2016, Olafur Eliasson, chose to work with mirrors and waterfalls for his series of installations – six in the palace and three in the gardens.  In a place once a centre of power and control – and perhaps with an eye to court intrigues – Eliasson used mirrors for the indoor installations.  His creations in the palace grounds were planned according to visual axes.

The artist suggested people “exercise their senses, embrace the unexpected, drift through the gardens, and feel the landscape take shape through their movement.”

Eliasson’s unusual works contrast with the traditional architecture of the palace and the formality of the gardens.  What would the Sun King have made of them, I wonder?  Their very presence, though, invites the viewer to look at Versailles differently – to look at it autrement.