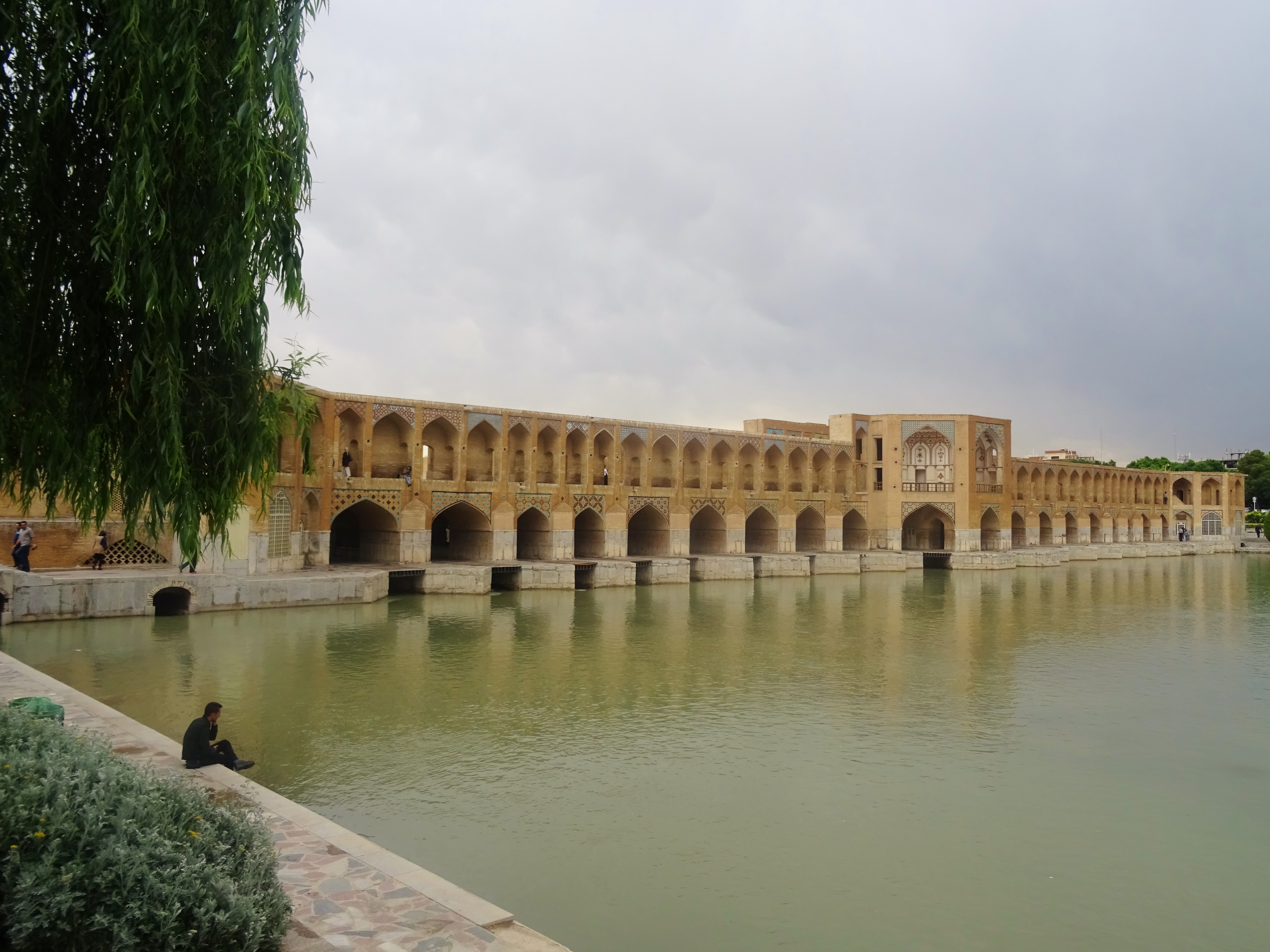 Isfahan is a highlight of any visit to Iran.  A city of boulevards and bridges, palaces and parks, mosques and minarets, it retains much of its past glory and is famous for its Persian–Islamic architecture.  With a strategic position on the main north–south and east–west routes crossing Iran, the city was once ranked alongside Baghdad as a great cultural centre.

Its golden period was from 1050, when the Seljuks made it their capital, until 1722, when Afghan tribes conquered and plundered it.  It flourished most, though, when in 1598 – a few dynasties after the Seljuks – Shah Abbas moved the capital of his Safavid Empire from Qazvin in the north of Iran to Isfahan on the Central Plateau.

The Shah began an amibitious building programme and within a quarter of a century Isfahan’s population had grown to 600,000, making it one of the largest cities in the world.  ‘Isfahan nesf-e jahan!‘, proclaimed the townsfolk:  ‘Isfahan is half the world!’ 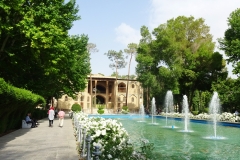 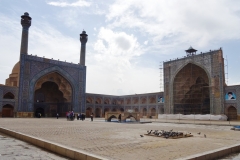 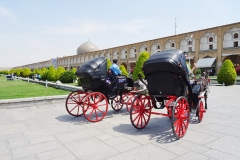 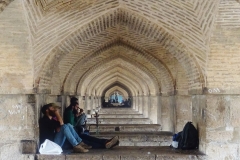 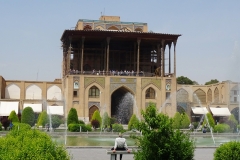 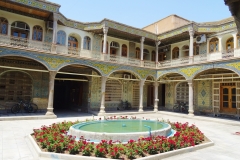 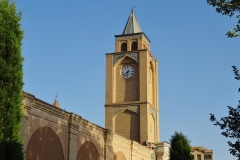 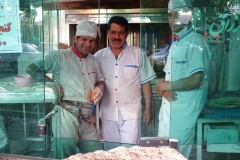 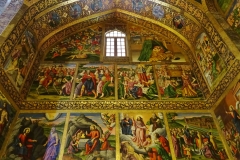 At the centre of the city is the Naghsh-e Jahan Square, one of the largest town squares in the world and an outstanding example of Persian and Islamic architecture.  It’s also one of Iran’s 21 UNESCO World Heritage Sites.  Shah Abbas ordered work to begin on the square in 1598 as part of his plans to create a dazzling new seat of power.  The vast square, once used for polo matches, is bordered by two-storey buildings above which tower the 48m-high Ali-Qabu Palace and the Shah Mosque.

The northern end of the square leads directly on to the sprawling Grand Bazaar with its passages and arcades.  Originating in the 11th century, the bazaar is home to myriad shops selling everything from carpets to clothes and from spices to souvenirs.  The section nearest the Naghsh-e Jahan Square includes shops targeting tourists with wares of variable quality.

If the Naghsh-e Jahan Square is arguably Isfahan’s most charming landmark, the Jameh Mosque is perhaps its most spectacular.  The earliest parts were built in the 8th century, making it one of the oldest mosques in the country.  Over the years, the mosque has been constantly extended, modified and renovated.

Among the Jameh Mosque’s most impressive features are the four iwans – vaulted open rooms – standing face to face, their blue tiles shining in the sun.  Having seen Persian architecture in Samarkand and Khiva in Uzbekistan and other places once under Persian rule, I was delighted to finally see such exquisite examples in Iran itself.

After charming and spectacular, comes the romantic.  Here, it’s Isfahan’s series of covered bridges that come out tops.  With their lines of arches spanning the Zayande River, Isfahan’s bridges are one of the city’s most iconic features.

The oldest is the Shahrestan, with foundations dating from pre-Islamic times.  A little further upstream is the Khaju Bridge, built in 1650, with 23 arches.  The longest span is the 360m Si-o-Seh Bridge, its 33 arches linking the old centre with the city’s Armenian quarter.

The bridges are more than just links between the two sides of the river, they’re a place to meet and socialise.  Isfahanis stroll across them or gather to chat, while below them the river drifts past.  As dusk falls, the bridges are lit up, the arches’ reflections gradually growing more vivid in the darkening waters.

On the south bank of the Zayande the Armenian suburb of New Julfa feels very different from the rest of Isfahan.  In its centre stands the Vank Cathedral, completed in 1664.  Whereas in the rest of Isfahan people chat around tiny cups of steaming tea, in the Armenian Quarter coffee is the preferred drink and cake shops display pastries that wouldn’t look out of place in Vienna or Paris.  This part of the city has an almost European feel to it.

With a population of over 2 million, Isfahan is apparently a major industrial centre with congested roads.  Perhaps I saw factories and traffic jams; I don’t remember.  When I think of Isfahan, my memories are of a green city with tree-lined streets, beautiful buildings and the Zayande flowing through the arches of the Khaju Bridge.