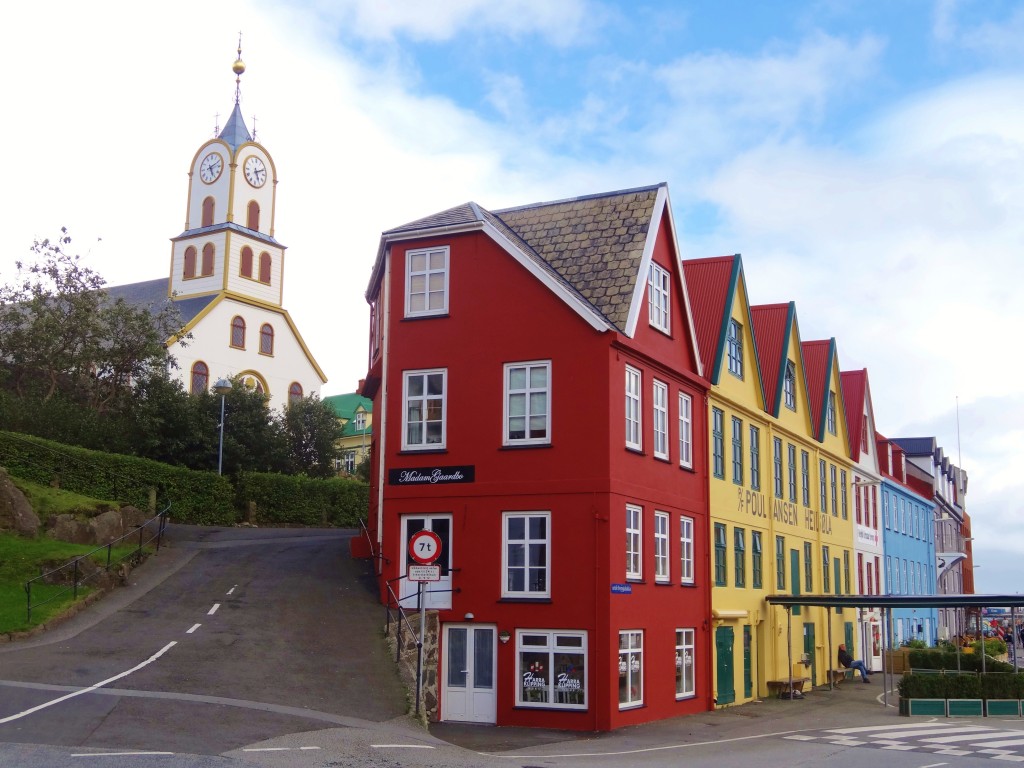 The Faroe Islands are a small volcanic archipelago in the North Atlantic midway between Scotland and Iceland.  Rising out of the cold grey waters that surround them, the rocky Faroes exude a rugged beauty and give the visitor a real sense of isolation.

The 18 islands are a self-governing region of the Kingdom of Denmark, but they seem a world away from the gently undulating landscape of Queen Margrethe’s lands nearly a thousand kilometres away to the south east.  At 880m, Slættaratindur – the Faroes’ tallest peak – is five times higher than Møllehøj, its equivalent in the mother country.

Although the Faroes are at 62 degrees north, the Gulf Stream means the climate is much milder than equivalent latitudes elsewhere.  Together with their towering cliffs, this makes the islands ideal nesting grounds for many species of seabirds, including guillemots, fulmars and puffins with their colourful beaks.

Click on the pictures below to see the captions. 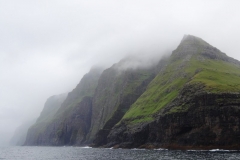 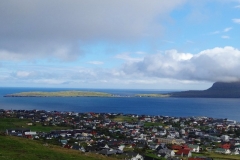 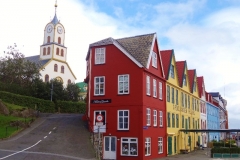 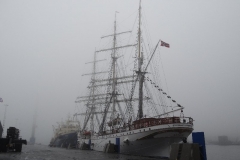 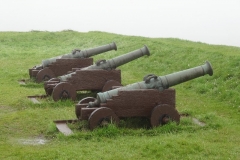 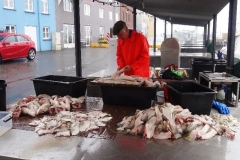 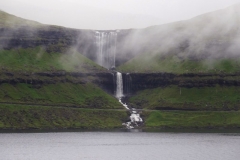 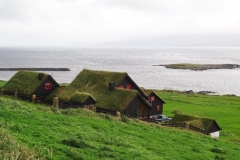 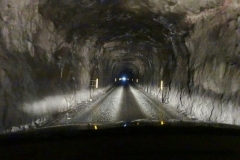 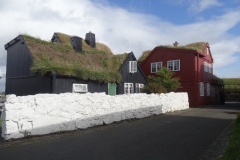 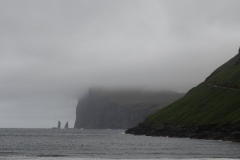 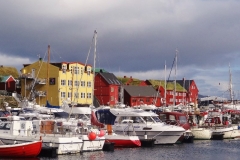 Some believe that the first people to arrive here were Irish monks back in the Dark Ages.  In any event, Viking settlers set foot on these shores in the ninth century and began fishing and farming.  Shortly after, the Faroes, like Iceland to the north, converted to Christianity and in 1035 the islands became part of the Kingdom of Norway.  When Denmark took control of Norway through a union of the crowns in 1380, the Faroes too came under Danish tutelage.

In 1535, King Christian III of Denmark gave exclusive trading rights over the islands to Thomas Köppen, a merchant from Hamburg.  After him, others in turn – mostly foreigners – got to hold the monopoly on trade in wool, fish and other goods, becoming rich and politically powerful in the process.

Piracy and smuggling abounded with pirates from as far away as France and what is today Turkey raiding the islands.  The trade monopoly saw tough times for most of the inhabitants.  It was finally abolished in 1856, but the idea of the Faroese having a say in matters of trade has remained an important element in their psyche.

In the nineteenth century, like many places in Europe, the Faroes were caught up by the rise in nationalism.  At the same time, Copenhagen reinforced the power and influence of the Danish state, including by downgrading the Faroese parliament or Løgting to an advisory council, making the territory an integral part of Denmark and imposing Danish as the official language.

Over the following decades, nationalist sentiments among the islanders saw a growing awareness of their culture and of the importance of protecting their heritage and language, Faroese.

When the Second World War broke out and Denmark fell to Germany, Britain, keen to secure Atlantic shipping lanes, seized the strategically important islands.  It was during their occupation that the British built the military airstrip at Vágar that was later turned into the Faroes’ airport.

After the War, the issue of sovereignty arose again.  In a consultative referendum, the Faroese narrowly voted for independence, but the non-binding result was not implemented.  Home rule was granted in 1948 instead.

Today, the 49,000 islanders are responsible for many of their own affairs with Denmark controlling defence and foreign policy, justice and police, and the currency.  The Faroese Króna – complete with local scenes on the banknotes – exists, although it is tied to the Danish equivalent.  The official language is Faroese, similar to Icelandic.  People learn Danish at school and everyone I met spoke excellent English too.

Fishing is the anchor of the Faroese economy, accounting for 95% of exports.  Cod, salmon, herring, mackerel and others are caught on the high seas, while salmon are also farmed in the fjords.

In addition, every year, the islanders catch and eat about 900 pilot whales.  The grindadráp, or whale hunt, is part of their tradition, they say.  The small cetaceans are driven into a bay and shallow waters where they are killed, an act I was fortunate not to witness during my visit.

The question of independence in the future remains open, with some islanders wanting the Faroes to cut ties with Denmark and others happy to continue benefitting from the generous subsidies paid out from Copenhagen.  Although they are part of Denmark, the Faroes are not part of the European Union, having decided to stay out when Denmark joined in 1973.

Oil exploration around the islands continues.  Discovery of significant amounts of it could change the way the Faroese think about independence.  It could also transform the culture they are so keen to defend.  And perhaps their society too.