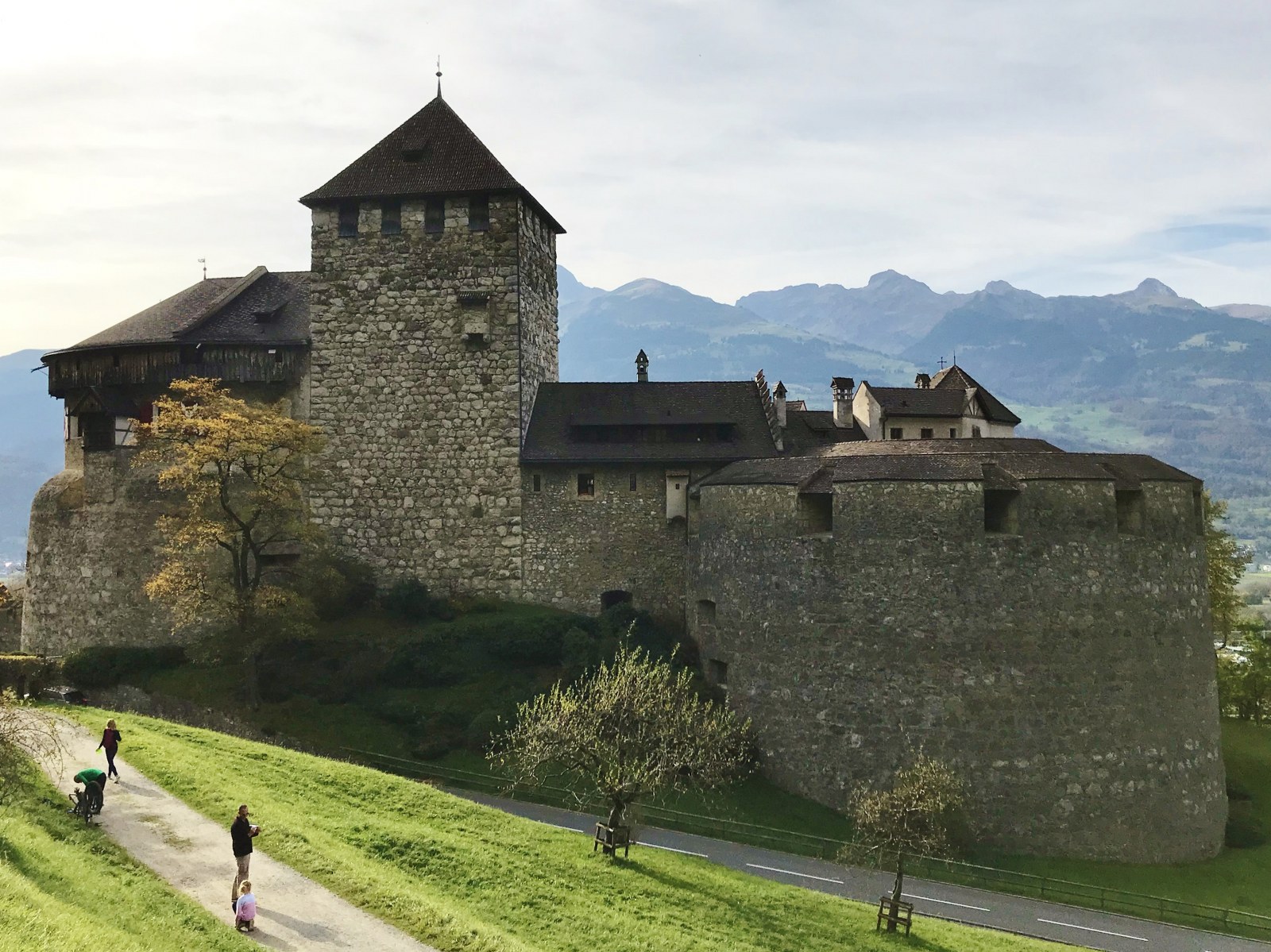 The principality of Liechtenstein nestles between Austria and Switzerland.  It is one of only two doubly-landlocked countries in the world, meaning its neighbours are also landlocked.

Europe’s fourth smallest country, the German-speaking principality covers only 160 km² and has a population of just under 38,000. 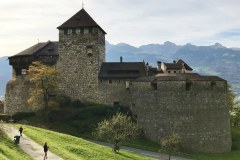 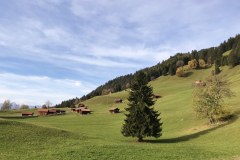 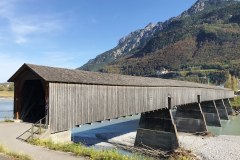 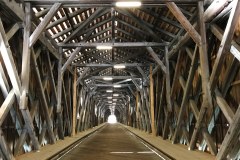 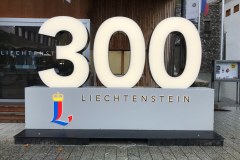 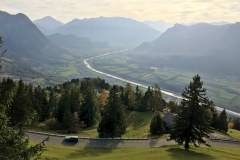 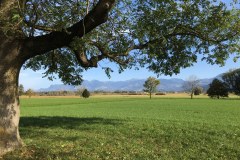 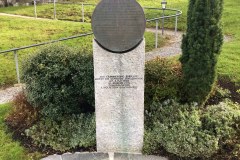 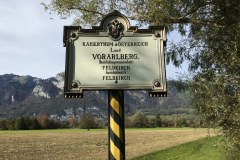 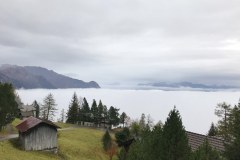 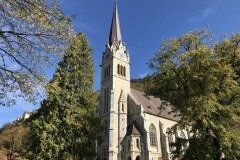 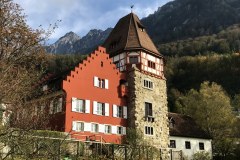 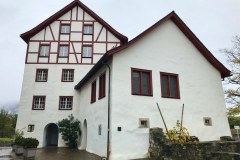 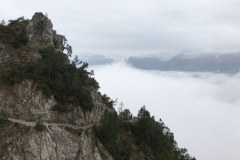 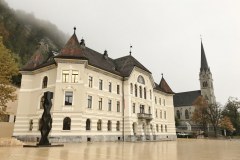 Its tiny territory is divided between the Unterland (lowerland) of the Rhine valley in the west and the Oberland (upperland) of the Liechtenstein Alps that rise to the east.

Although it is small, Liechtenstein has a lot to offer the visitor.  In 2019, it celebrated its 300th anniversary, so residents and visitors alike have been treated to a range of special events and celebrations.

What better reason to visit?

But how did the little Liechtenstein come into existence three centuries ago?  The country may be compact, but it has a rich history.

The principality gets its name from the Liechtenstein family who originally came from Austria.  Since medieval times, they held lands in feudal tenure in various parts of Central Europe.

In 1699 and 1712, the future Prince Hans Adam I bought the Lordship of Schellenberg and the County of Vaduz.

In 1719, the Holy Roman Emperor declared the two small parcels of land a principality and so created the Principality of Liechtenstein.  And that is why the country is celebrating its 300th anniversary this year.

But there is more!

In 1806, Napoleon dissolved the Holy Roman Empire.  Liechtenstein retained strong links with Austria (later Austria-Hungary), one of the empire’s successor states, with the Liechtenstein family living in their two palaces in Vienna.

The principality’s army was small, numbering only 80.  The last time it marched off to war was in 1866.  Not only were none of its soldiers killed or injured, more troops – 81, to be precise – returned than had left.  Despite this rare achievement, the army was disbanded shortly afterwards.

After the end of the First World War, the Austro-Hungarian Empire disintegrated and a number of new countries appeared in its place.

Austria-Hungary had been on the losing side in the conflict and Liechtenstein’s future was uncertain.

Liechtenstein ditched the Austrian Schilling and in its place adopted the Swiss franc as its currency.  The country also entered into a customs union with neutral Switzerland.  Since 1923, there have been no border controls between the two countries.

(Having no border can sometimes have unexpected consequences.  In 2007, about 170 Swiss soldiers accidentally marched a couple of kilometres across the unmarked frontier, unintentionally ‘invading’ their tiny neighbour before realising their mistake.)

The princely family continued to reside in Vienna until 1938 when Nazi Germany annexed Austria into the Third Reich.  A few days after German troops marched into the Austrian capital, the family moved to Liechtenstein.

In the closing days of the end of the Second World War, neutral Liechtenstein provided a safe haven for the retreating First Russian National Army.

The anti-Bolshevik army had fought with the Axis powers against Stalin’s forces.  The remnants of the army numbered less than 500.

Liechtenstein was the only country not to yield to Moscow’s demands to hand over Soviet prisoners of war.  About 200 of the soldiers volunteered to go back to the Soviet Union, but were never heard of again.

Originally largely agricultural, in the second half of the 20th century, Liechtenstein’s economy underwent a transformation.

From his residence Vaduz Castle, a medieval stronghold perched on a hill above the diminutive capital Vaduz, Prince Franz Josef II oversaw his country’s economic development.

The principality developed a lot of high-end industry, with factories spread along the valley floor producing electronics, precision instruments and power tools.  Liechtenstein is even home to the world’s largest producer of false teeth.

The country has low taxes:  the basic rate of income tax is a mouth-watering 1.2%.  With communal charges on top, this ends up at about 18% – still a fraction of tax rates in other European countries.

Taxes on businesses are 12.5%, making the country an attractive place for companies to be registered.  In fact, there are more companies registered in Liechtenstein than the country has inhabitants.  It has also become a financial centre.

Away from the commerce and industry of the Rhine valley, the country is different again.

Green pastures and pine forest cover the hills and mountains to the east.  Toffee-coloured cattle, their cow bells gently clinking and clanking, munch on fresh grass.

Picturesque alpine chalets and traditional farmsteads dot the mountainside, reached by zigzag roads with hairpin bends and spectacular views across the Rhine Valley.

In summer, the uplands are popular with hikers; in winter, the mountain village of Marbun turns into a busy ski resort.

Liechtenstein’s special anniversary was a good excuse, I decided, to visit the country again.

Returning to the capital Vaduz, I was surprised to see coach loads of Chinese tourists.  Apparently, like many visitors to the country, they spend only a few hours in it as part of a European tour.

Many tour buses head up the hill to Vaduz Castle where tourists perhaps hope to catch a glimpse of Prince Hans Adam II, the current head of state.

If they are lucky enough to visit on 15 August – the country’s national day – they would probably see His Serene Highness mingling with his subjects in the grounds surrounding the castle where he traditionally invites them for a beer.

Although Vaduz has excellent museums and art galleries, it is a pity that many visitors to Liechtenstein do not get to see much of the rest of the country.

Check out the collection of photos in this post to get a glimpse of what the alpine principality has to offer.

While I was in Liechtenstein I had a spine chilling experience when something literally went bump in the night in my mountain chalet.  You can read about it in An Autumn Mystery – A true tale from Liechtenstein!

(Oh, and in case you were wondering, the other doubly-landlocked country in the world is Uzbekistan.)