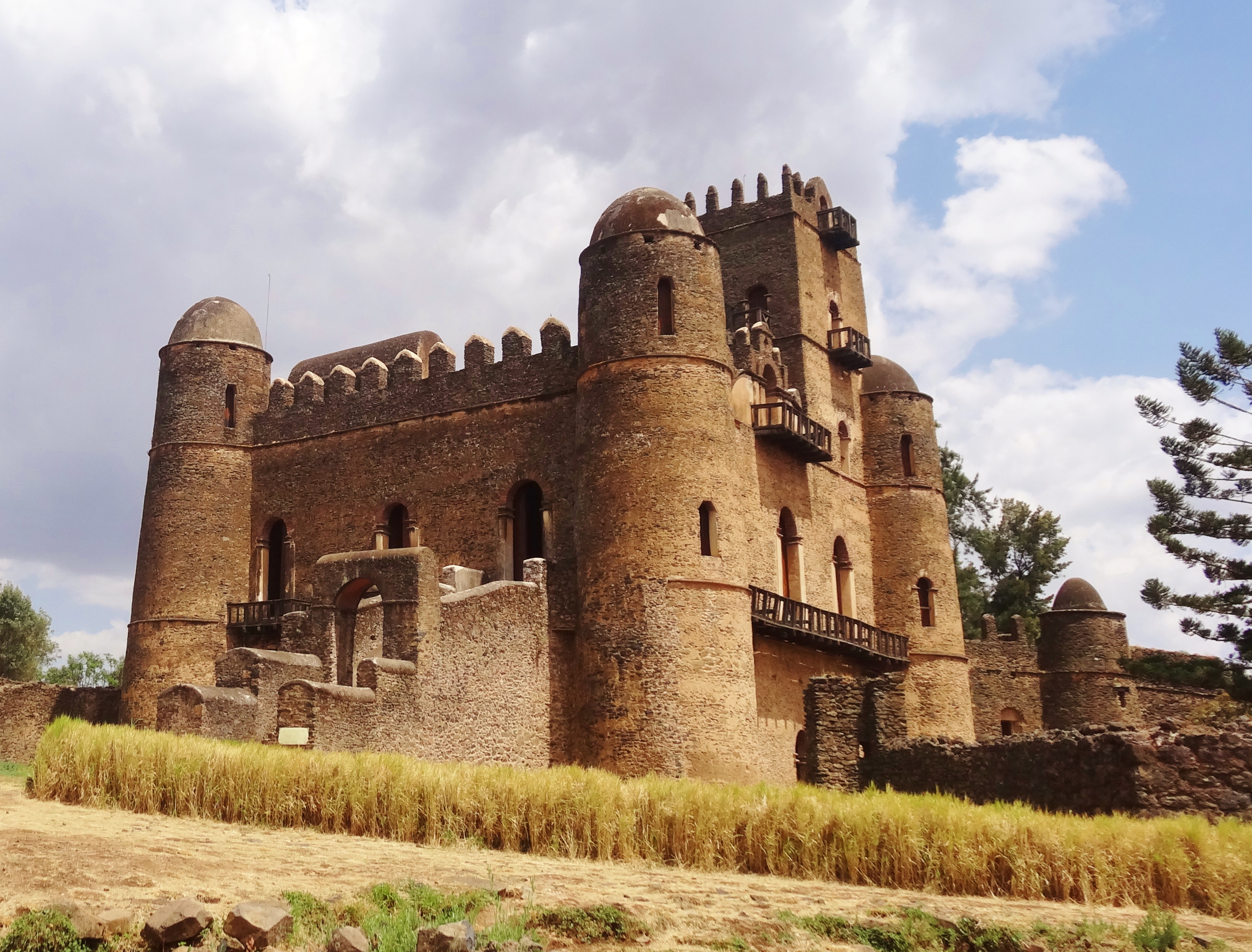 Ethiopia is a country of contrasts:  jungles in the south, fertile soils in the west, and seemingly endless mountain ranges in the north.  It is also a land of legends, where, when talking to the locals, the boundaries between history, archaeology and myths seem difficult to distinguish.

It was to the north of the country that my travels took me – to the Simien Mountains, to the former capital cities of Gonder and Axum, to the cliff-top town of Lalibela with its famous rock-hewn churches, and to the source of the Nile.  In this the first of two postings about Ethiopia, I’ll focus on the first part of my trip.

Click on the photos to enlarge them and to see the captions. 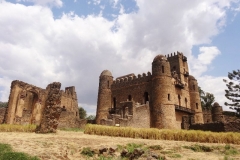 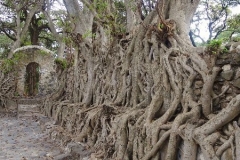 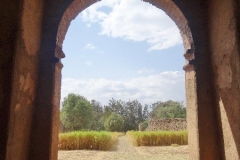 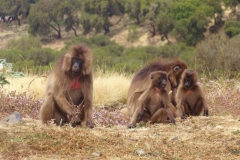 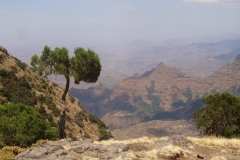 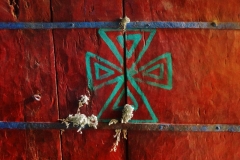 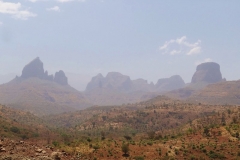 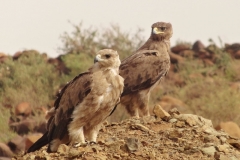 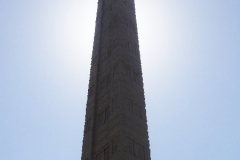 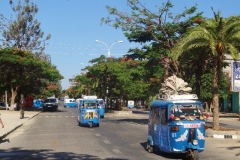 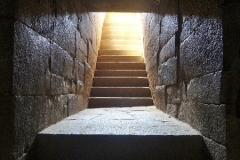 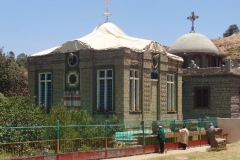 My journey began in Addis Ababa, Ethiopia’s capital.  Set in a high valley surrounded by hills, the city was founded in 1886 by the Emperor Menelik II.  Its name means ‘new flower‘ in Amharic, the country’s official working language.  Today, the city is a sprawling metropolis of over four million souls, continually growing as people move from the countryside in search of jobs and a better life.

Gonder is just an hour’s flight away from Addis.  From 1636 to 1855 it was Ethiopia’s capital.  Today, the impressive ruins of palaces and castles testify to its once glorious past when its extravagant and wealthy court attracted visitors from far and wide.  Not for nothing has Gonder been dubbed ‘the Camelot of Africa’.  Today, it is a rather sleepy town encircled by hills.

Driving north from Gonder we quickly reached the Simien Mountains.  With precipitous drops, verdant plateaux and peaks that look as if they belong to some imaginary world, the Simien Mountains provide a spectacular backdrop for even the most experienced hiker.

The highlands are home to troupes of Gelada monkeys, also known as Bleeding Heart Baboons because of their bright red chests.  Living in large groups, they are the only primates that feed on grass.  At night they retreat to the steep cliffs where they are safe from leopards and other predators.

Continuing northwards towards Eritrea, we arrived in Axum.  Like Gonder and the Simien Mountains, it is a UNESCO World Heritage Site.  It is also Ethiopia’s religious centre and erstwhile capital of the Axumite kingdom, one of the ancient world’s great civilisations.  Axum lay at the crossroads of important trade routes along which frankincense, ivory, gold and many other goods flowed.  It was probably first settled about 400 BC, growing and flourishing until its decline at the start of the 8th century AD.

Axum is known for its many stelae built by the kingdom’s rulers to show their authority.  The tallest stands 23m high.  Beneath the town are numerous ancient tombs, with archaeologists believing countless more await discovery.

It is in Axum that Ethiopians claim the Ark of the Covenant lies.  According to the Bible, Moses built the Ark on Mount Sinai as a place to store the tablets of stone with the ten commandments.  Made of acacia wood and covered in gold, the Ark is supposed to be 130cm long by 80cm wide by 80cm high.  The Bible says King Solomon of Israel kept it in the Great Temple in Jerusalem.

The Queen of Sheba – whom Ethiopians say hailed from Ethiopia (Yemenis also lay claim to her) – travelled to Jerusalem to visit Solomon.

The king told the queen she could sleep in his quarters and that he would not touch her on condition that she did not take anything that was his.  He secretly made sure that her food was heavily salted, though, and that a glass of water was strategically placed on a table near her bed.  Unsurprisingly, during the night the queen became thirsty and drank the water.  Solomon leapt up and told his guest that she had taken something that was his and must now face the consequences…

When the Queen of Sheba returned to her own land she was pregnant with Solomon’s child.  She would call him Menelik and it is he whom Ethiopians consider to be their first emperor.  As an adult, Menelik also journeyed to Jerusalem and when he came back legend has it he brought the Ark of the Covenant with him.

Today, the Ark is said to be stored in a chapel in Axum.  Only one priest is ever allowed to see it.  The penalty for trying to catch a glimpse of it is death.  Each year, carefully draped with cloth, it is ceremoniously brought out of the church and paraded around.  Every Ethiopian church has a replica of the Ark, hidden in the innermost recess of the building.

Whether the Ark is really in the church in Axum or not is anyone’s guess – or perhaps simply a question of faith.  What is certain, though, is that Gonder, Axum and the Simien Mountains combine a rich history with extraordinary natural beauty and are well worth a visit.