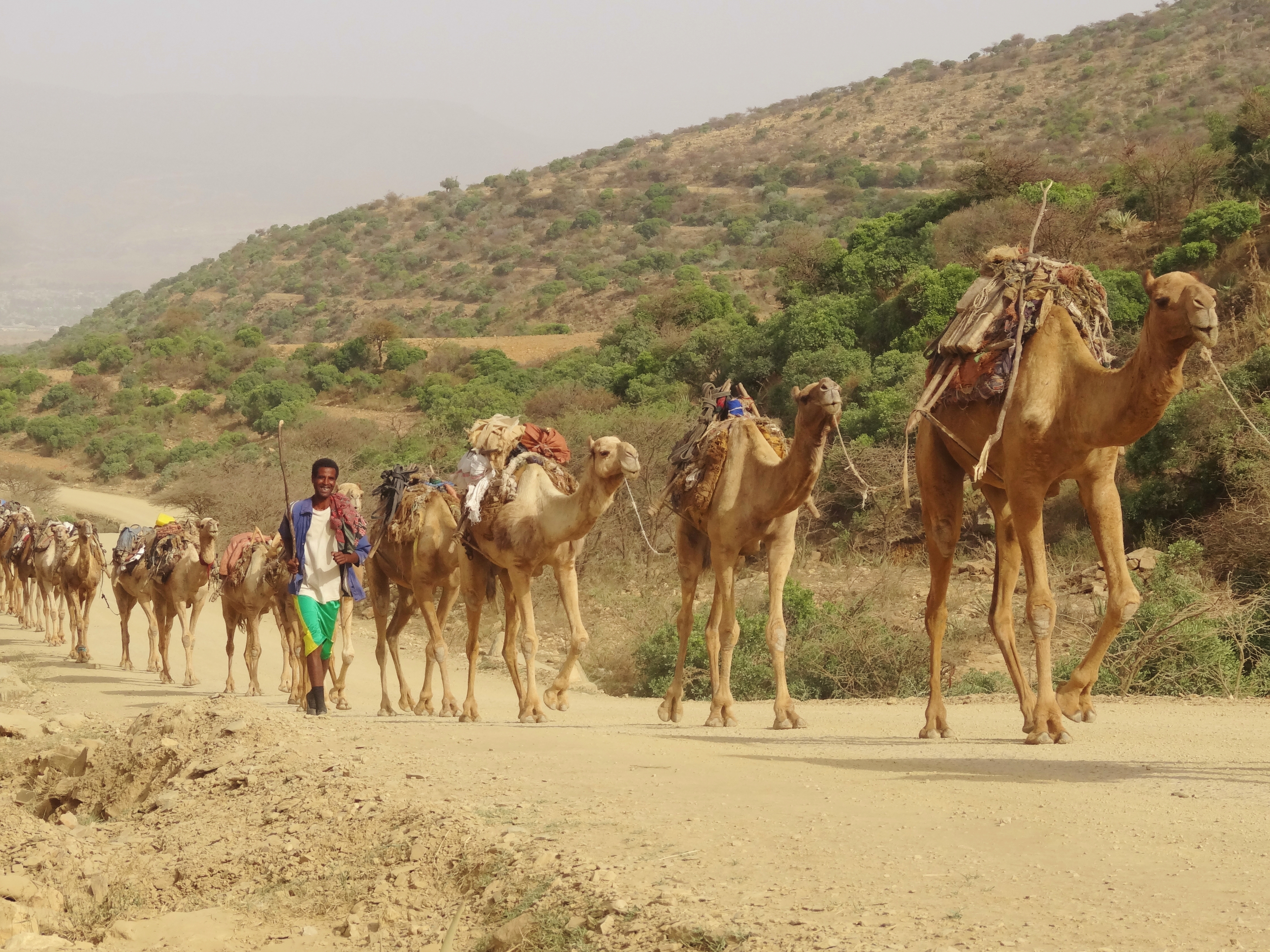 Mountains are perhaps not the first thing one associates with Ethiopia but, after spending a couple of weeks in its northern region, I think I shall forever equate the country with dramatic, rocky landscapes.  In this the second of two postings about my trip to Ethiopia, I look at Lalibela, the rural highlands and Lake Tana.

Click on the photos to enlarge them and see the captions. 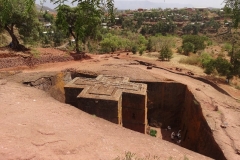 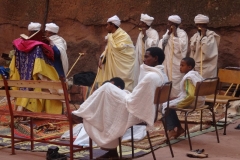 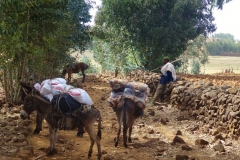 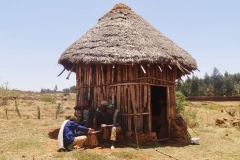 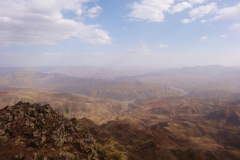 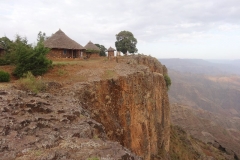 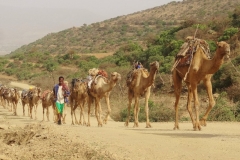 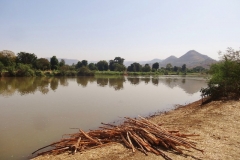 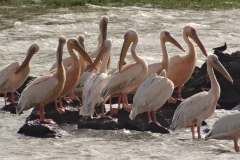 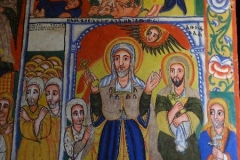 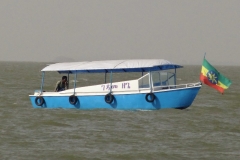 The small cliff-top town of Lalibela in northern Ethiopia is famous for its rock-hewn churches.  Carved from the rock in the 12th and 13th centuries, Lalibela’s 11 churches are classified as a UNESCO World Heritage Site, not least because of their artistic achievement.

The churches were not built stone by stone but rather chiselled from living rock, which was painstakingly cut away to create doors, windows and chambers.  As I walked through their shadowy interiors, I contemplated the amount of work that had gone into creating these ancient places of worship and the tunnels and passages that connect some of them.

The churches were created under orders from Ethiopia’s King Lalibela.  After Muslims captured Jerusalem in 1197 Christians could no longer go on pilgrimages to the Holy Land, so Lalibela decided to create a ‘New Jerusalem’ in the highlands of his realm.  Even today, the churches still attract many Coptic and Ethiopian pilgrims.

After exploring Lalibela, we embarked on a couple of days of walking between villages on the high plateaux in the mountains further west.  Even though we were at nearly 3000m, the sun was intense.  The heat, together with the rocky ground underfoot, made the walks quite tough at times.

We slept in specially built tukuls – traditional, round stone huts with thatched rooves – from where we had magnificent views across deep valleys.

Guides, accommodation and food were provided by local people through an organisation called Tourism in Ethiopia for Sustainable Future Alternatives – TESFA – which aims to help rural communities benefit directly from low-impact tourism.  The communities own and run the guest houses and during the treks serve lunches of enjera – the traditional sour-dough pancakes – with tasty vegetarian sauces.  Fortunately, they also provide donkeys to carry our luggage!

The final part of the trip was to Bahir Dar, a town on the shores of Lake Tana, the source of the Blue Nile.  At an altitude of ‘only’ 1840m, with its lush vegetation, and bourgainvillea bushes covered in bright pink flowers, Bahir Dar has a Riveria feel to it.

Measuring some 80km by 60km, Lake Tana stretches as far as the eye can see.  As we sailed out across the calm, shallow waters of Ethiopia’s largest lake towards Dek Island, it seemed more like being on an ocean.  Once on the island, a walk up a winding path brought us to the round, 18th-century church of Narga Selassie with its colourful paintings, typical of Ethiopia.

Sadly, the Blue Nile Falls just outside Bahir Dar were rather underwhelming.  For much of the year, a hydroelectric power station reduces the once 400m-wide flow to little more than a trickle. The drive, boat ride and walk to get there were themselves interesting and enjoyable enough, though.

During my trip to Northern Ethiopia I saw only a small part of this large and diverse country.  I hope to return soon to discover more of its wonders!