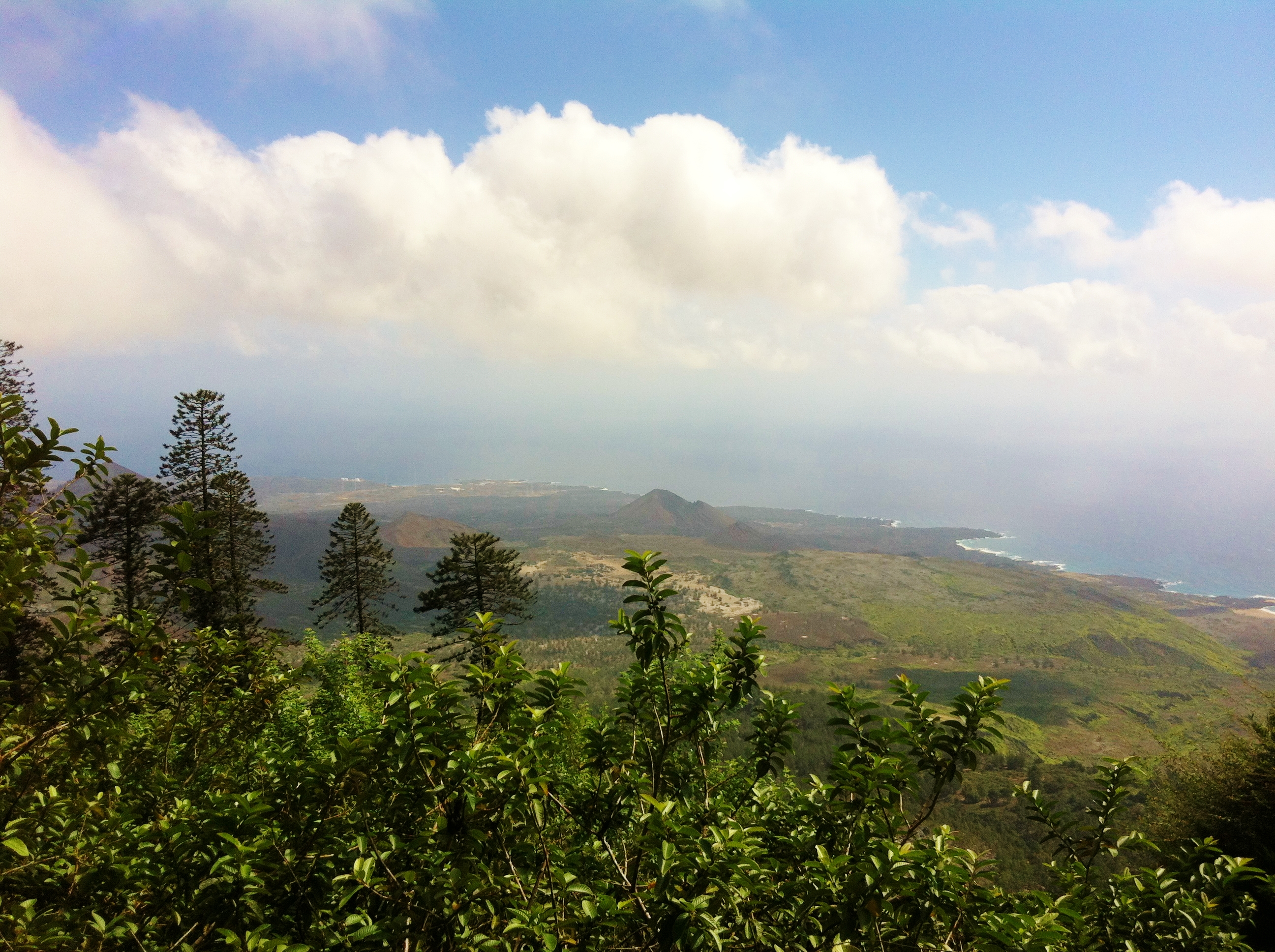 Ascension Island is a volcanic island just south of the equator about halfway between Brazil and Africa.  It was the second stop on my trip to the British Overseas Territory of Saint Helena, Ascension and Tristan da Cunha, three small islands scattered far apart from each other in the South Atlantic.

My journey had begun in Cape Town, South Africa, from where I had sailed on the last British Royal Mail ship in operation, the RMS St Helena. 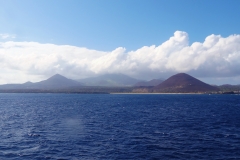 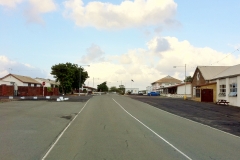 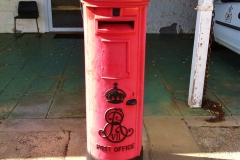 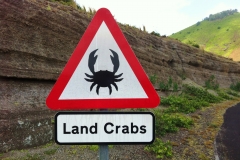 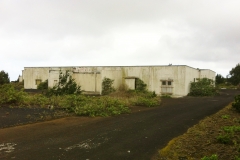 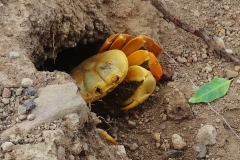 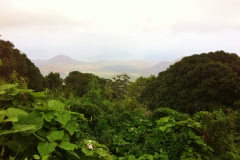 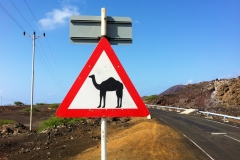 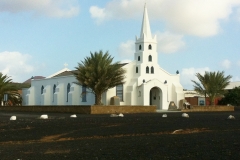 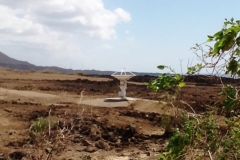 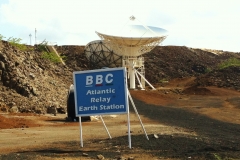 The first port of call was Saint Helena, the island where Napoleon spent his last days.

We then continued to Ascension some 1300km to the northwest.  Two days later, the outline of the 859m-high long-dormant volcano dominating the centre of the island appeared on the horizon.

The RMS St Helena was too big for the capital Georgetown’s tiny harbour, though, so like on Saint Helena to disembark we had to walk down an accommodation ladder and jump onto a pontoon, which was bobbing wildly up and down in the choppy water, before climbing into a motor launch.

If Jamestown, the capital of Saint Helena, had seemed quiet, Georgetown was silent, its handful of streets eerily empty.

With a population of less than 900, Ascension has just one hotel, a post office, two shops and only three or four places to eat.  Yes, it is remote and very small.

The island was first sighted in 1501, by Portuguese explorer Joaõ de Novha on his way to the Indian subcontinent.

Two years later on Ascension Day another Portuguese navigator, Alfonso de Albuquerque, ‘rediscovered’ the island and named it after the day of its discovery.

The Portuguese used it as a stopping-off point for ships and introduced goats, which then proceeded to munch their way through much of the island’s vegetation.

Ascension was not really settled until 1815 when the British claimed it as theirs and installed a garrison as a caution against a French attempt to rescue Napoleon from exile on Saint Helena.

By now, much of the 88 km² island was dry, a barren wasteland of lava. When Charles Darwin visited in 1836, he found an arid, treeless place.

The British cultivated some of the land near The Peak – the central mountain – and introduced more livestock, the island proving a useful provisioning call for Royal Navy ships.

In order to be able to spot pirate ships and slavers, in 1840 Admiral Elliot ordered a path to be made around the then rather bare mountain some hundred metres below the summit.  The path still exists today and includes several unlit tunnels laboriously hewn through the rock.

In 1850 the Director of London’s Kew Gardens Joseph Hooker (encouraged by Darwin) proposed planting trees on the island to improve the soil and capture more rain.

Norfolk pines (for ship masts), banana trees, guavas, eucalyptus, bamboo and 215 other types of plants and trees were brought from around the world.

The new arrivals thrived and The Peak became covered in a cloud forest, lending it the name Green Mountain.

It is certainly strange to set off in the blazing heat and relentless sun of Georgetown and after driving 20 minutes up the winding mountain road find oneself in thick forest surrounded by cool mist and swirling cloud.

To the extent that it changed both the soil and climate, Hooker’s project was a success.  In a way, it was an early experiment in terraforming – albeit on Earth.

But the new species’ rapid growth was at the expense of the endemic plants that lived on the island.

During World War II the British government allowed the US to build an airbase on the island to help supply the North Africa campaign.  The base took on a new strategic role in the Cold War.

In 1967 NASA set up a tracking station on the island which was used during the moon landings and the runway at the airbase was extended to allow the Space Shuttle to land, although it never did.

During the Falklands War Ascension Island provided a vital base for refuelling Royal Air Force planes.  After the conflict was over, the British strengthened their presence.

Today, the base continues to provide a vital link between RAF Brize Norton in Oxfordshire and the Falkland Islands creating what is known as the South Atlantic Air Bridge.

The Americans are still there, but the NASA base was closed in 1990.  A little way along the coast, the European Space Agency has a centre for monitoring its Ariane rockets and satellites.

Ascension Island is home to land crabs and provides a breeding ground for green turtles.  The omnivorous land crabs live inland, even high up Green Mountain.

Most are yellowy-orange but some are purple – two variants within a species.  They can be seen scuttling across roads or climbing rocks and embankments.

During the breeding season, they make their way down to the sea where they spawn before returning to their burrows inland.  They can live up to 50 years, their bodies reaching the size of a man’s hand.

Ascension Island has the second largest population of nesting green turtles in the Atlantic.

The turtles swim all the way from Brazil – a journey lasting 5-6 weeks – to breed and lay their eggs.  At night, the females hoist themselves out of the warm waters of the South Atlantic and drag themselves up the beaches to dig a hollow in the sand in which to lay their eggs. Once finished, they return, exhausted, to the sea.

A few weeks later, the hatchlings fight their way to the surface and head towards the ocean, attracted it seems by the reflection of the moonlight on the water.

The 3000-5000 female turtles lay some 25,000 nests each year.  Although my visit was at the end of the season, I was lucky enough to witness both a night hatching and see a female turtle slowly making her way back out to sea just after sunrise.

I found Ascension Island a great mix of nature and history, and even more enjoyable than I expected.  Having arrived on the mail ship, I flew back with the RAF to Brize Norton, a suitably exotic end to a very interesting journey.