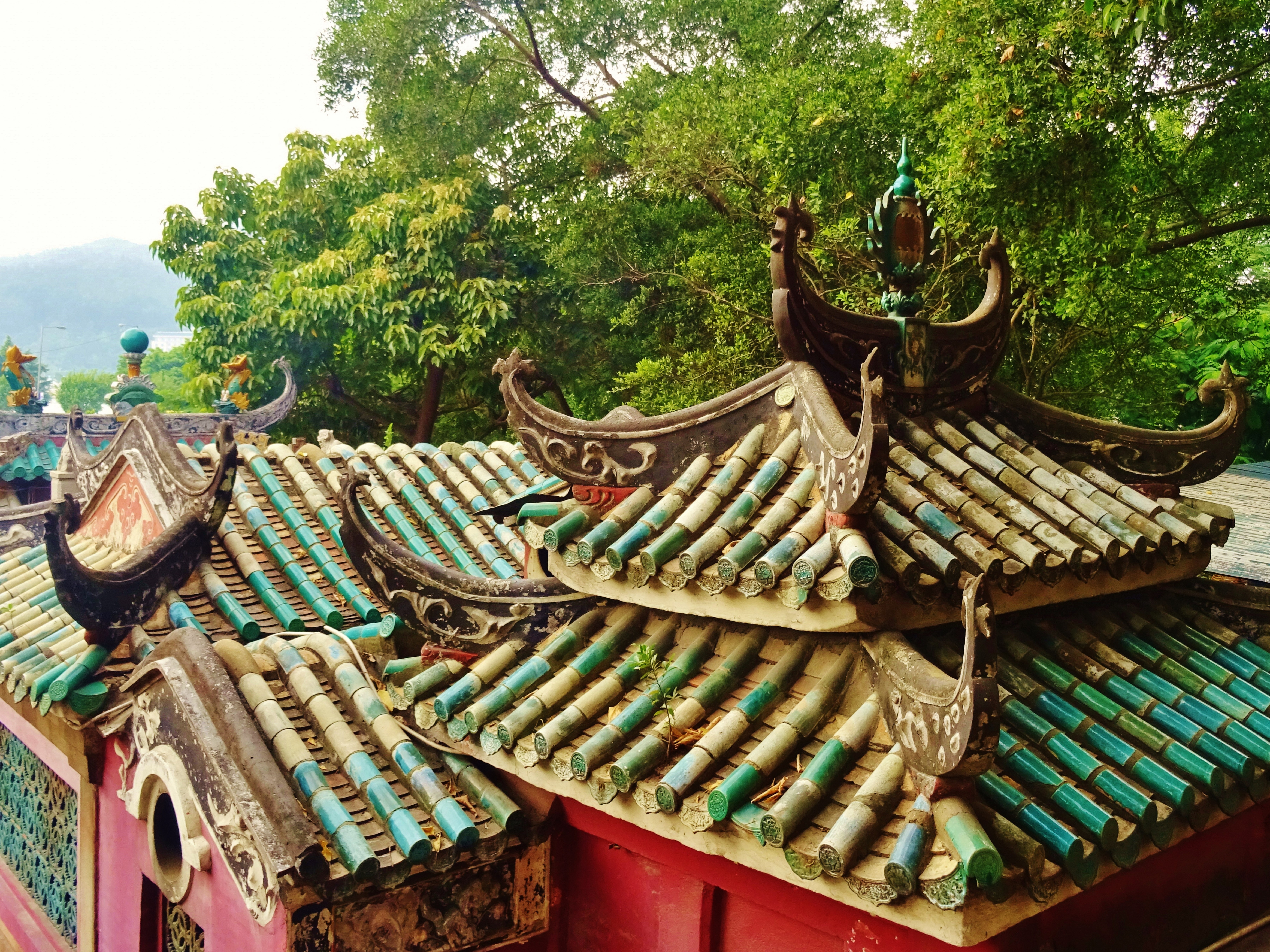 Shanghai, Hong Kong, Macao – three cities, each with a different colonial history.  Discovering the nuances – and the contrasts – between them was what inspired me to visit the oriental trio this autumn.  I was not disappointed!

The first time I became aware of Shanghai’s colonial past was as a child when I read Hergé’s The Blue Lotus, the Tintin story set in the city in the 1930s.  When the Belgian comic-strip hero travelled to Shanghai to track down a gang of opium smugglers, the city was renowned not only for its cosmopolitan profile but also for being a wild, lawless place.  Tintin, I should add, was able to take his Fox Terrier with him, whereas my furry friend Mortimer stayed at home.

In the 19th century, the British, French and Americans, all keen to access the vast Chinese market, forced the country’s government to set up Concessions – effectively mini-colonies – in the city, subject to their own laws.

The British were keen to buy tea, porcelain and silk and, in turn, sold wool, spices and opium.  The introduction of the narcotic fuelled both Shanghai’s rise and its reputation for gangsters and debauchery.

When the communists swept to power in 1949, they cleaned up the city and cancelled the concessions, bringing over a century of foreign presence to an end.

After China began opening up to the world in 1978, Shanghai began to boom again.  Today, it is a vast metropolis of 26 million people – nearly as many as live in Belgium and the Netherlands combined.

The differences are striking right from the start:  visitors arriving at Brussels airport reach Belgium’s capital by a train trundling at a snail’s pace; those travelling to Shanghai are whisked through the urban sprawl by Maglev at 430 kph.

The city extends as far as the eye can see, yet despite the mass of glistening skyscrapers that compete for attention, my impression was that Shanghai still values the architectural heritage and history of the concessions, some of which has been restored.  And, of course, there are traditional Chinese buildings dating from earlier times, too, including in the intensively renovated old town.

In addition to its many restaurants and bars, the city has a thriving arts scene.

Shanghai was fun, exciting and cosmopolitan.  It was also impressively organised and clean.  And, despite the air of sophisticated newness that it exudes, the city seems to have retained some of the positive elements of the flavour of its rich past. 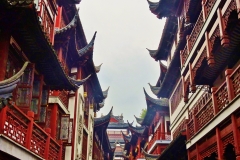 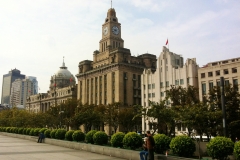 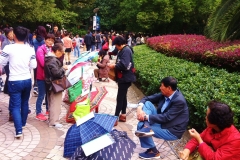 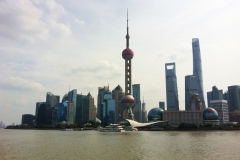 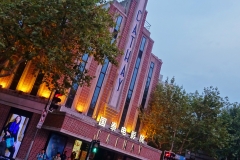 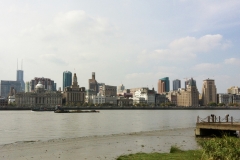 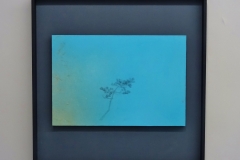 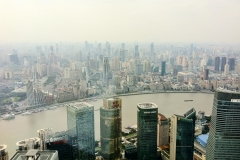 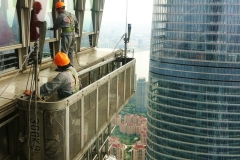 A two-and-a-half-hour flight away lies Hong Kong, a British colony leased for 99 years until it was handed back to the Chinese in 1997.  Spread between Hong Kong Island and Kowloon and the New Territories, the city is surrounded by water, making it feel more open than Shanghai.  And, even though Hong Kong is densely built, forest covered mountains, countryside and beaches are never far away.

Nearly two decades have passed since Prince Charles watched the Union Flag lowered and the red colours of China raised, but the former colony holds many reminders of its historic links to the United Kingdom.  Many streets and districts still have English names and some buildings would not look out of place in London.

Where Shanghai had felt cosmopolitan, Hong Kong was noticeably international and more relaxed.

Shanghai’s Maglev was futuristic, but Hong Kong has its own share of funky ways to get around the city.  Although the metro system has largely rendered the famous White Star line ferries little more than a tourist attraction, they still plough the waters that divide the city, a reminder of different times.

The Peak Tramway, a funicular with gradients of up to 48%, has been transporting residents and visitors to Victoria Peak since 1888 and providing them with spectacular views along the way.  And a series of open-air escalators to and from the mid-levels – the part of the city half-way up the steep hillside – are also a result of Hong Kong’s dramatic topography and a novel way to go up town. 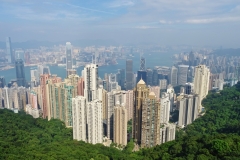 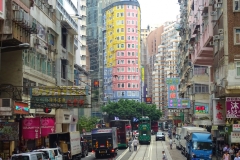 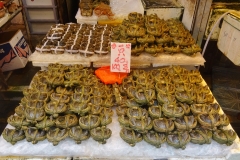 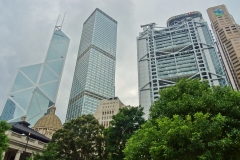 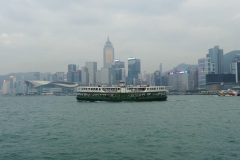 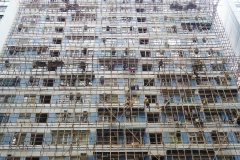 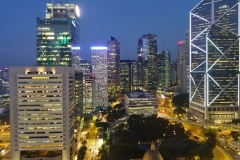 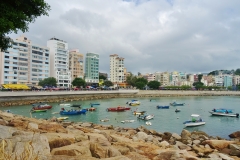 Macau, like Hong Kong, was once a colonial territory leased from China by a European power.  Just an hour’s jetfoil ride from the former British outpost across the Pearl River estuary, the island was first settled by the Portuguese in the 1550s.  From 1557 to 1887 the Portuguese rented Macau from China before turning it into a colony.

In 1999 it was returned to Beijing and became a Special Administrative Region of the People’s Republic of China.  Like Hong Kong, it enjoys a degree of autonomy under the ‘one country, two systems’ model. With its 630,000 inhabitants crammed into just 30 square kilometres, Macau is the most densely populated region in the world. 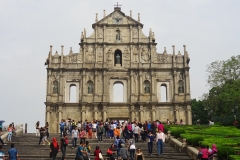 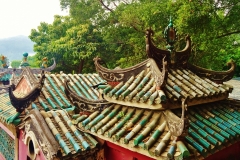 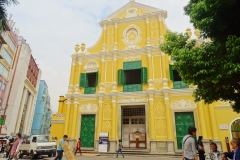 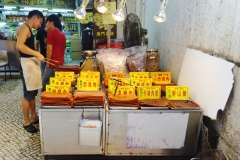 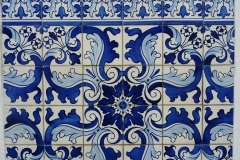 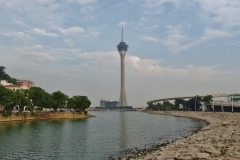 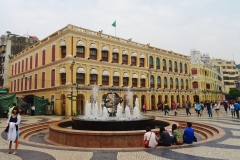 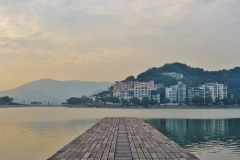 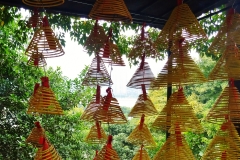 Even before Macau was handed back to China, it was known as a haven for gambling.  Gambling is banned in mainland China so, when after 1999 Chinese citizens could travel there freely, Macau quickly grew to become the world’s gambling capital.  China’s recent clampdown on corruption, though, has seen Macao’s casinos suffer.

I did not go to Macau to play Black Jack or roulette, however, but to see what was left of Lusophone culture.

Compared to Shanghai and Hong Kong, Macau, with its run-down streets and air of faded glory, appeared less well-off and yet the World Bank classifies it as second only to Qatar in terms of per capita wealth.

The city still has many elements of Portuguese culture with numerous buildings in typical Portuguese style and road signs and other official notices in Portuguese as well as Chinese.  The culinary habits of the former colonial master were also visible in the form of traditional pasteis de nata or custard tarts and other delights.

I very much enjoyed the triple-city tour.  It was a journey I had been wanting to do for some time.  Each place lived up to expectations, but combing the three meant the trip was more than the sum of its parts.  It is a model I might follow again – suggestions for interesting combinations are welcome!