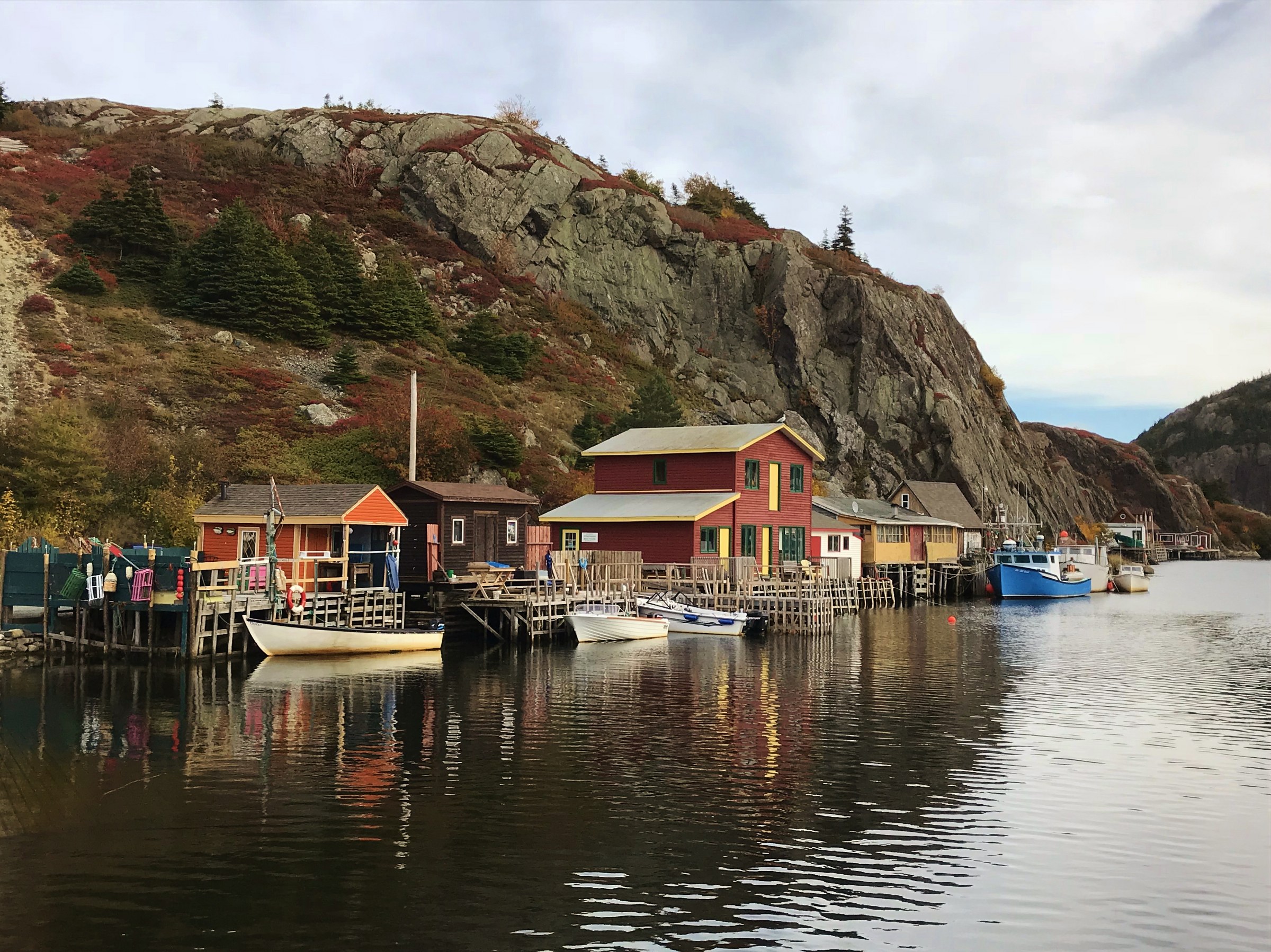 Newfoundland is a large island off the eastern coast of Canada.  Covering 108,000 square kilometres, it is almost three times the size of Belgium yet has just over half a million inhabitants.  Newfoundland is big and – compared to the country of Tintin – Newfoundland is empty!

Scroll down for the photos!

The fact that it is sparsely populated does not mean there is nothing to see and do, though, on this rocky island.  In addition to a scenic and rugged coastline, the island is steeped in history.

It is on Newfoundland that traces of the first European settlement in North America – the Viking village at L’Anse aux Meadows, settled around 1000 AD  – is to be found.  The island’s capital, St. John’s, is the oldest English-founded city in North America and it was on nearby Signal Hill that in 1901 Giuglielmo Marconi made the first transatlantic radio broadcast.

I visited Newfoundland in autumn, when the leaves were still a flurry of colour and before the winter snows arrived. 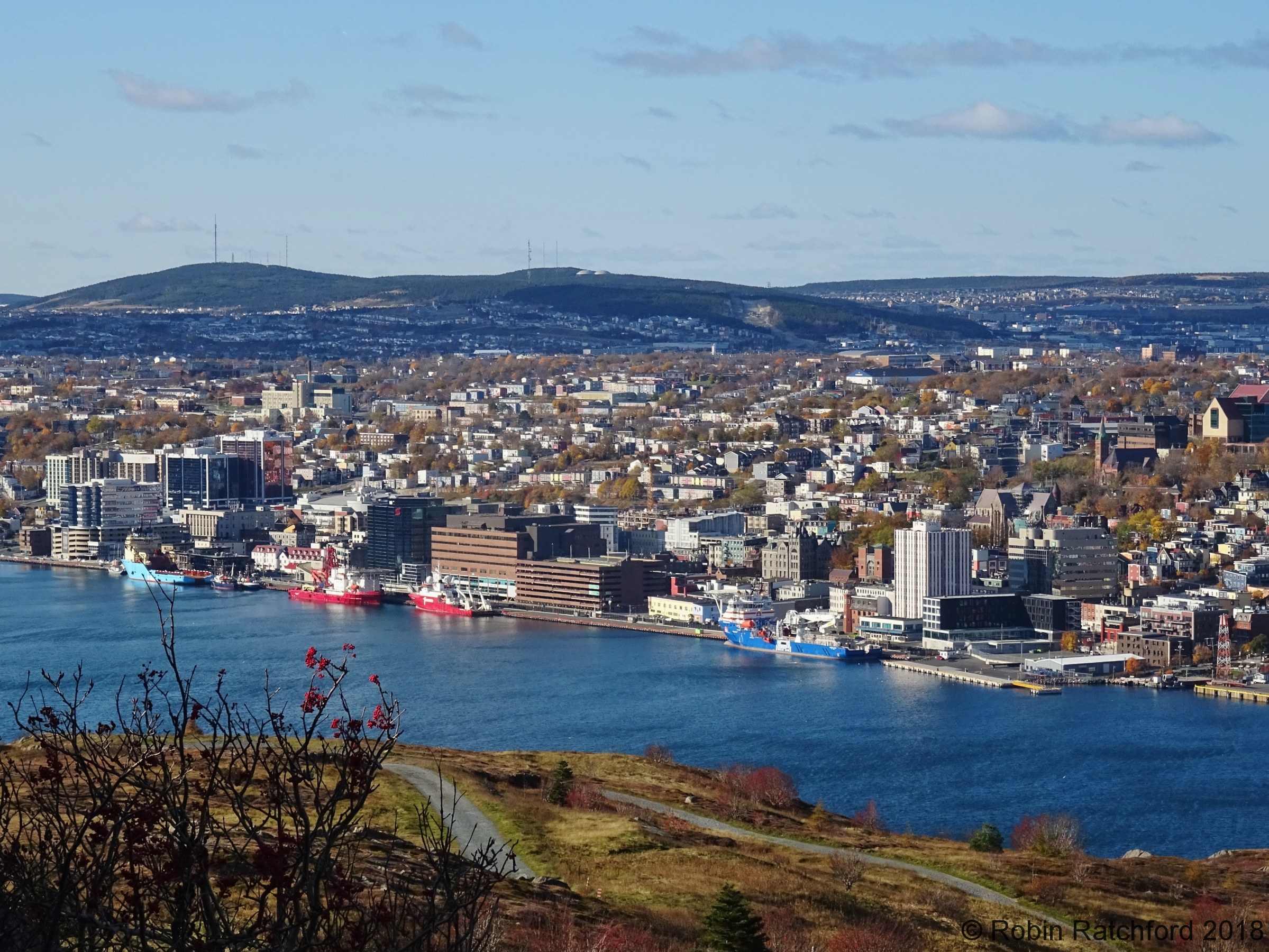 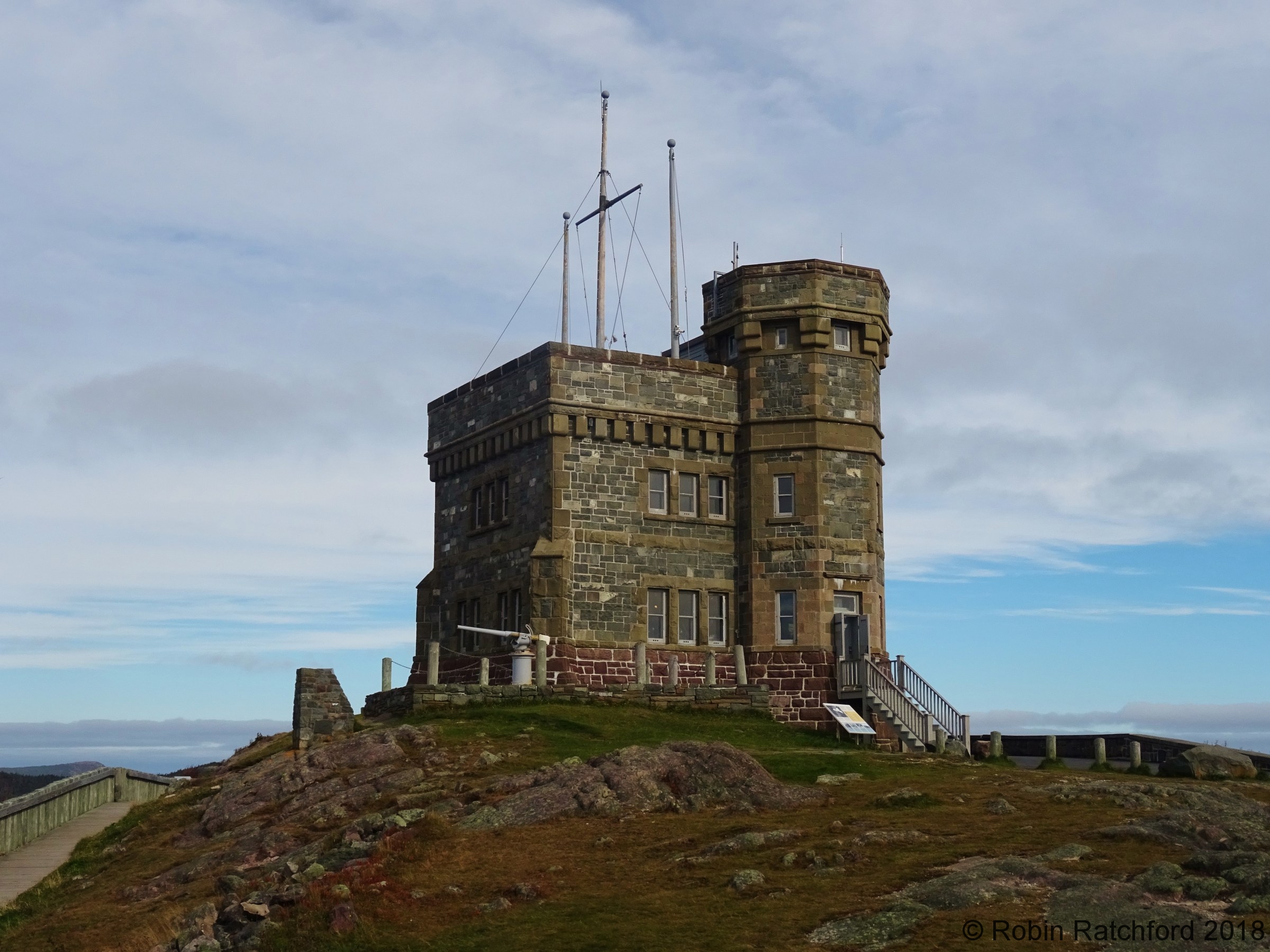 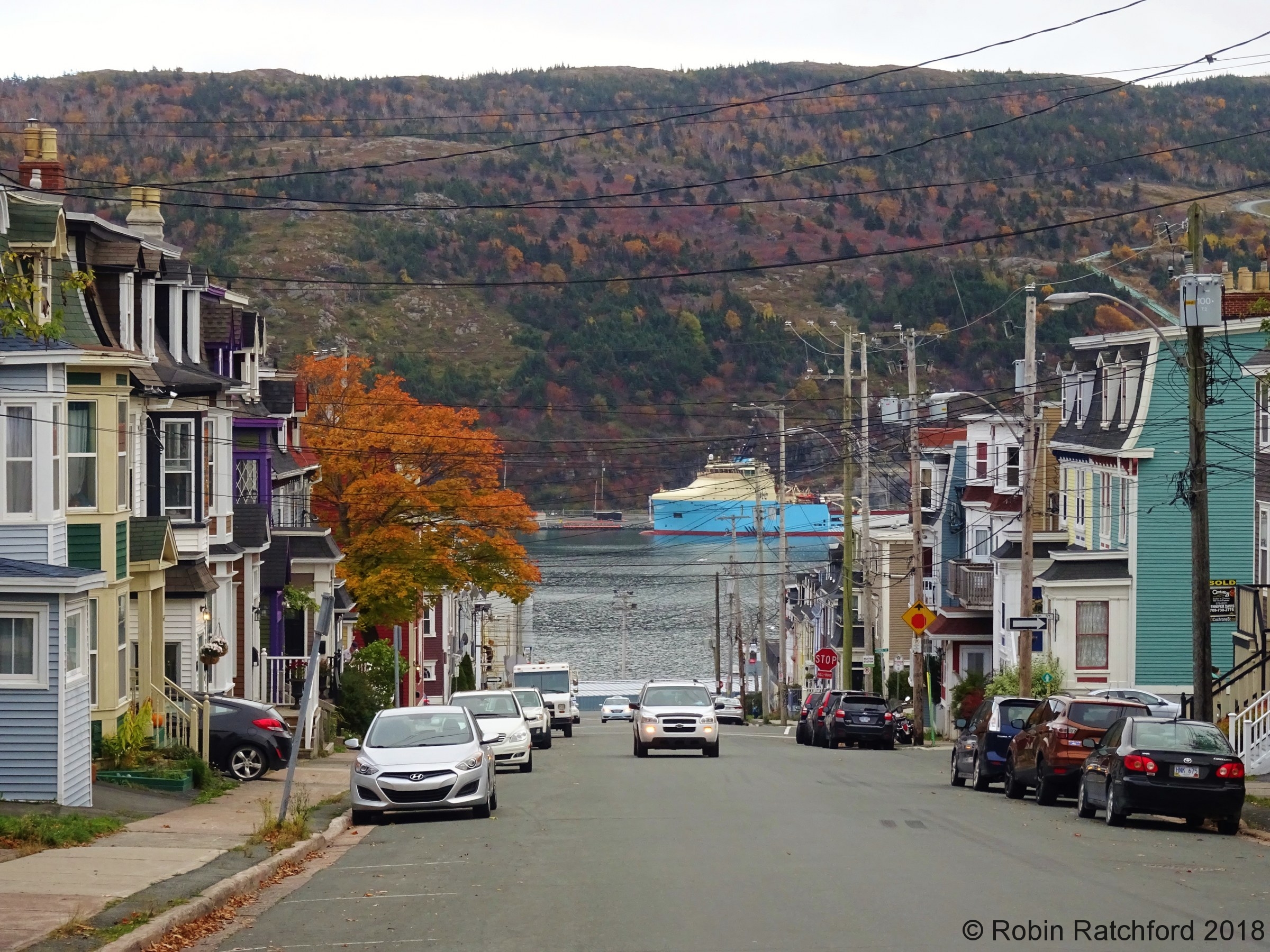 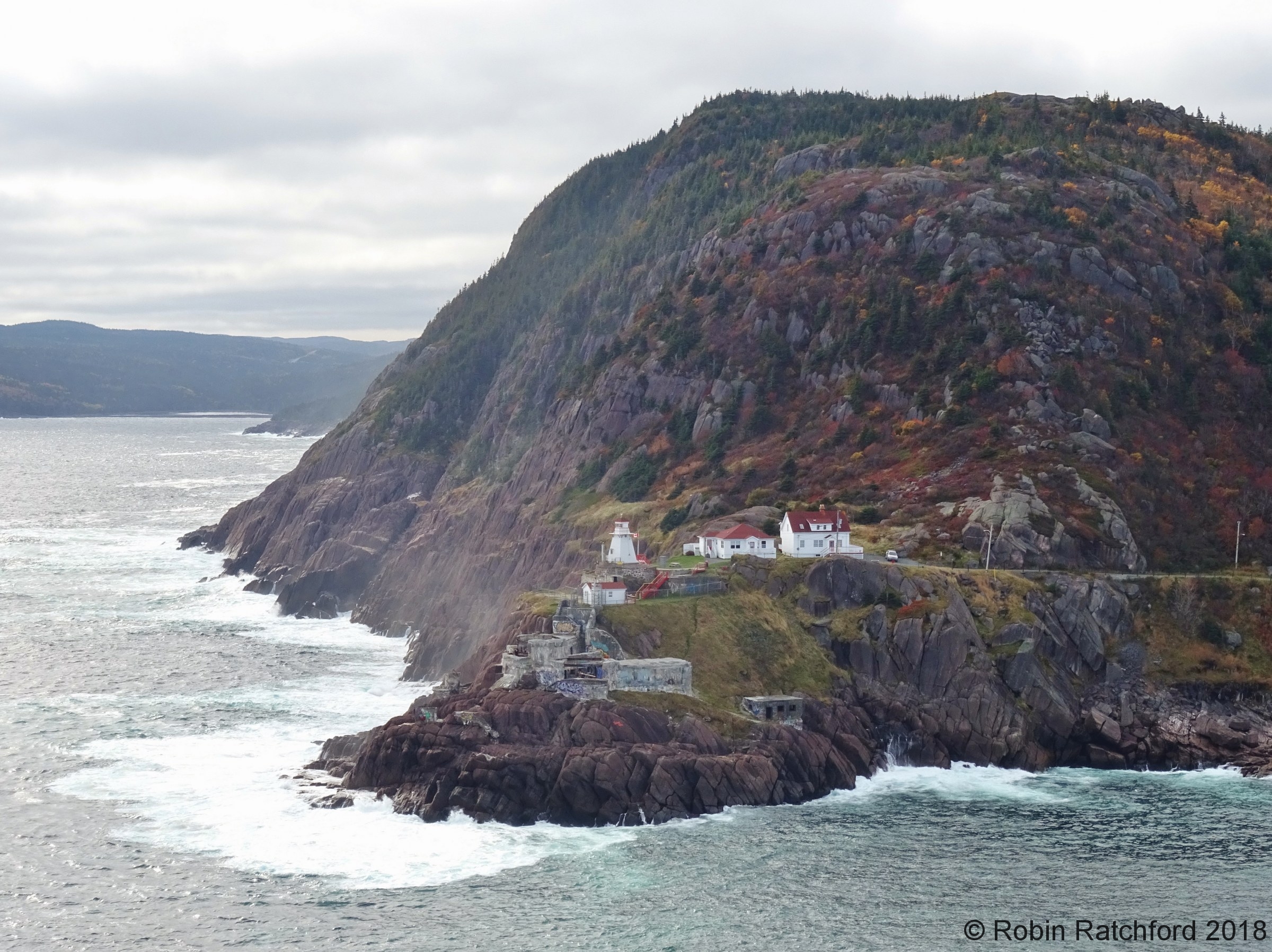 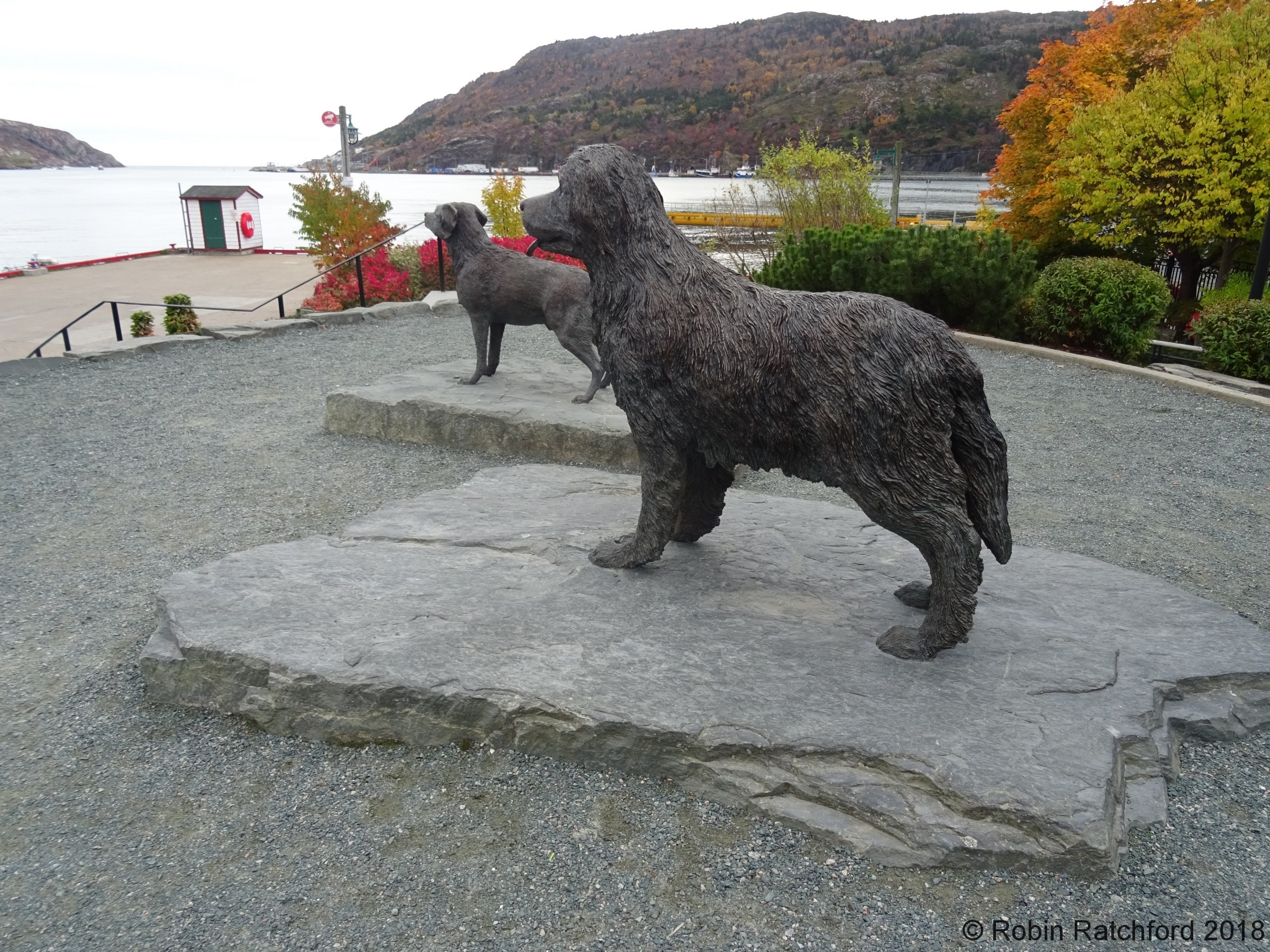 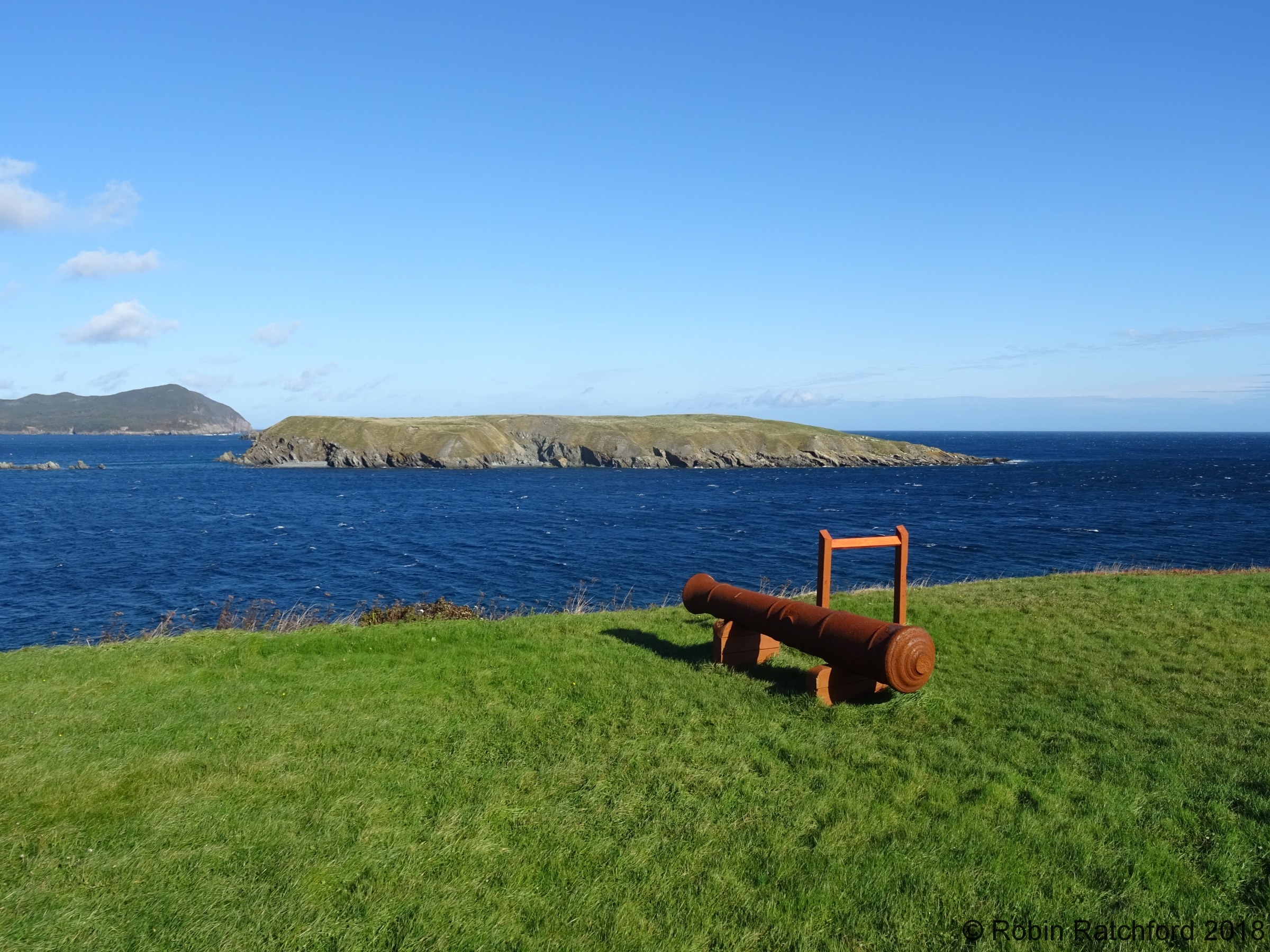 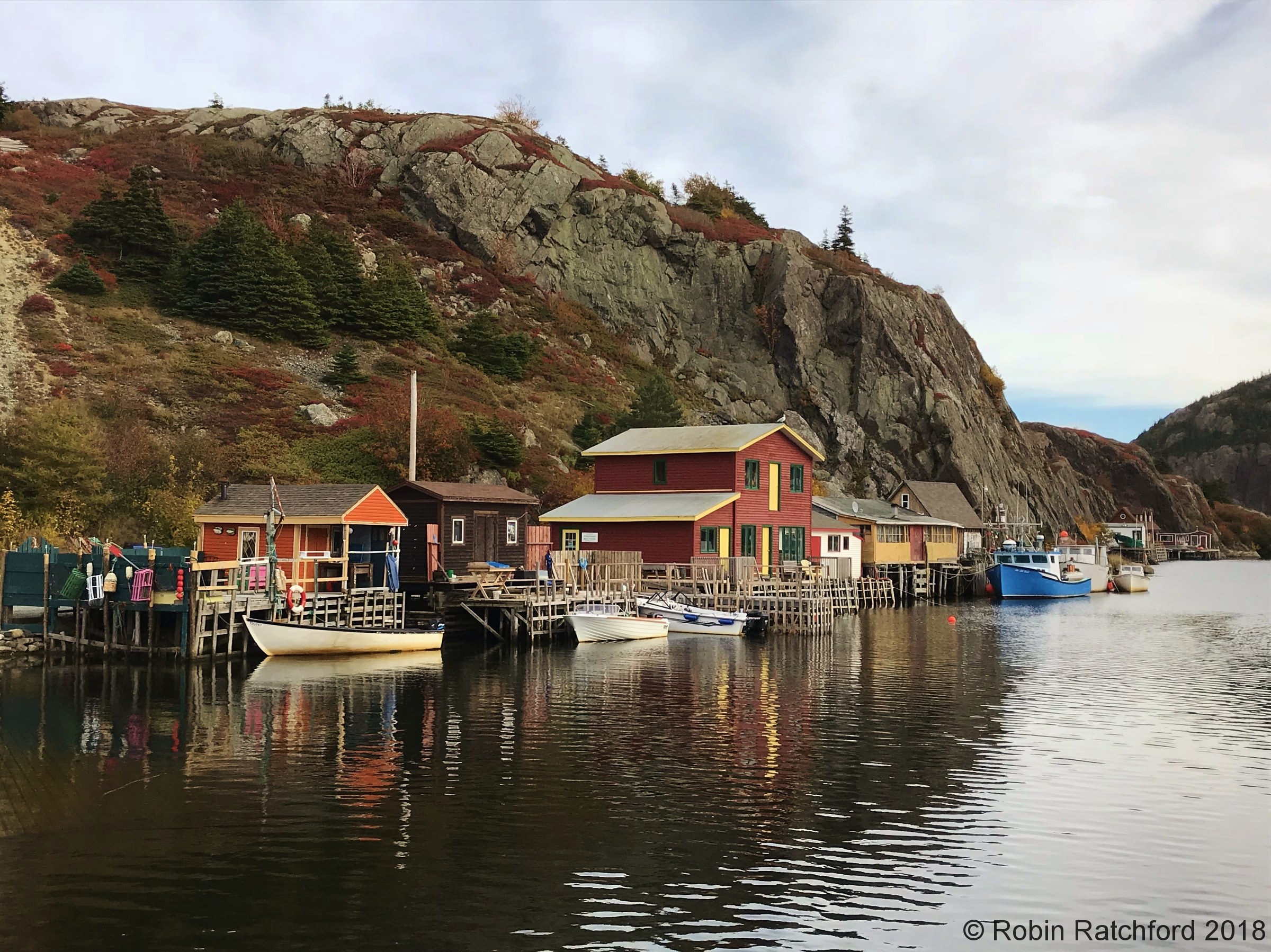 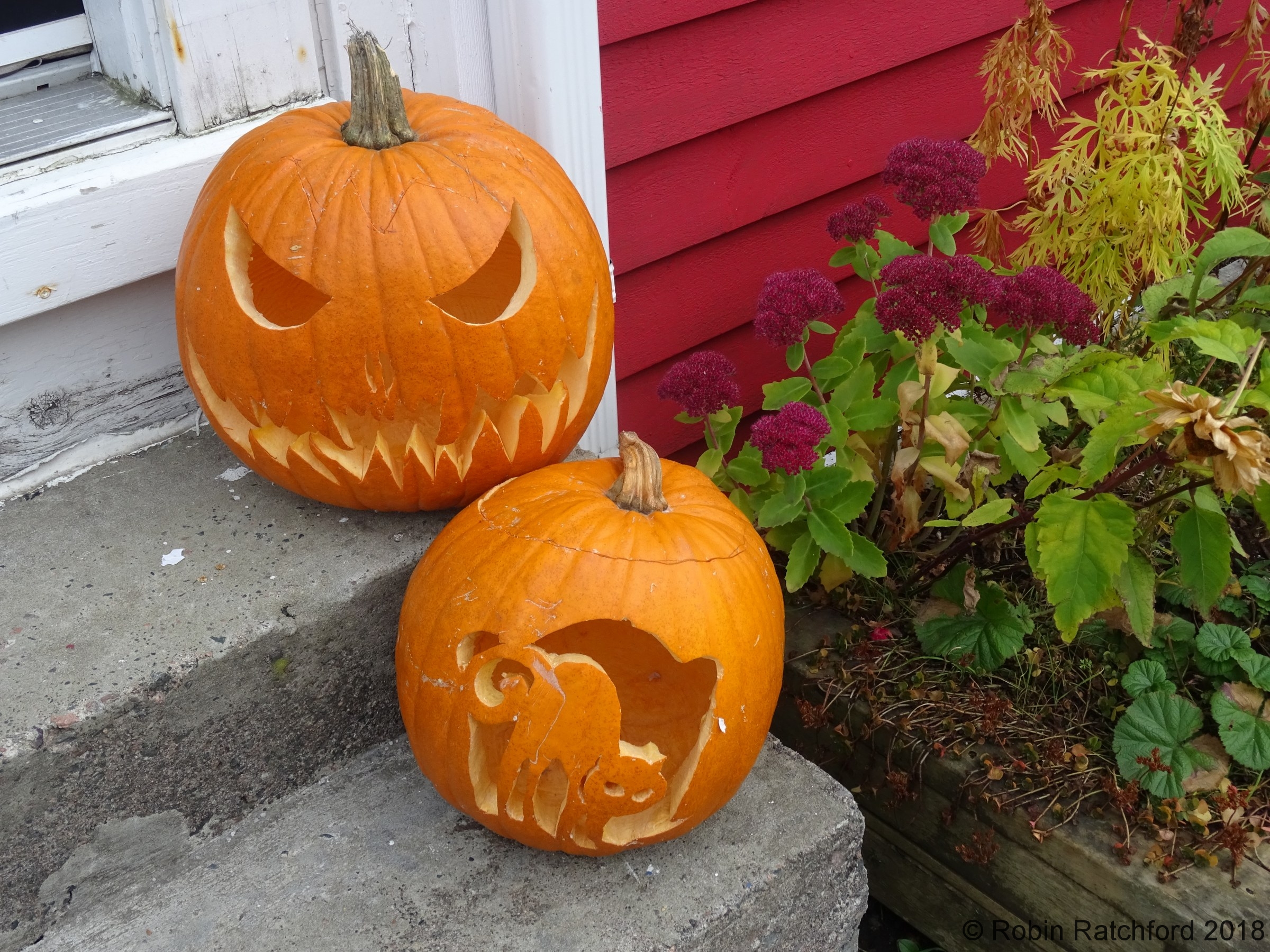 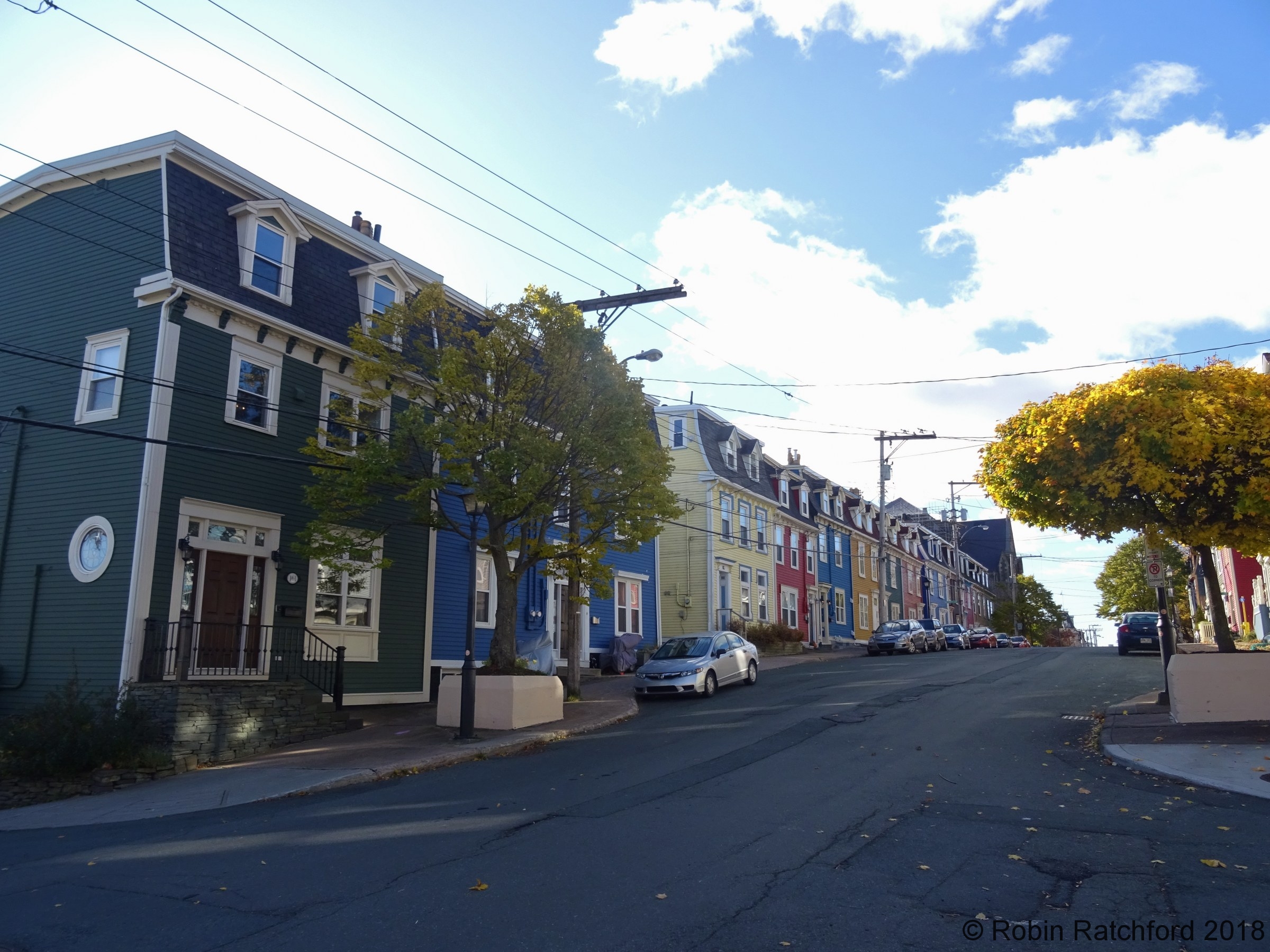 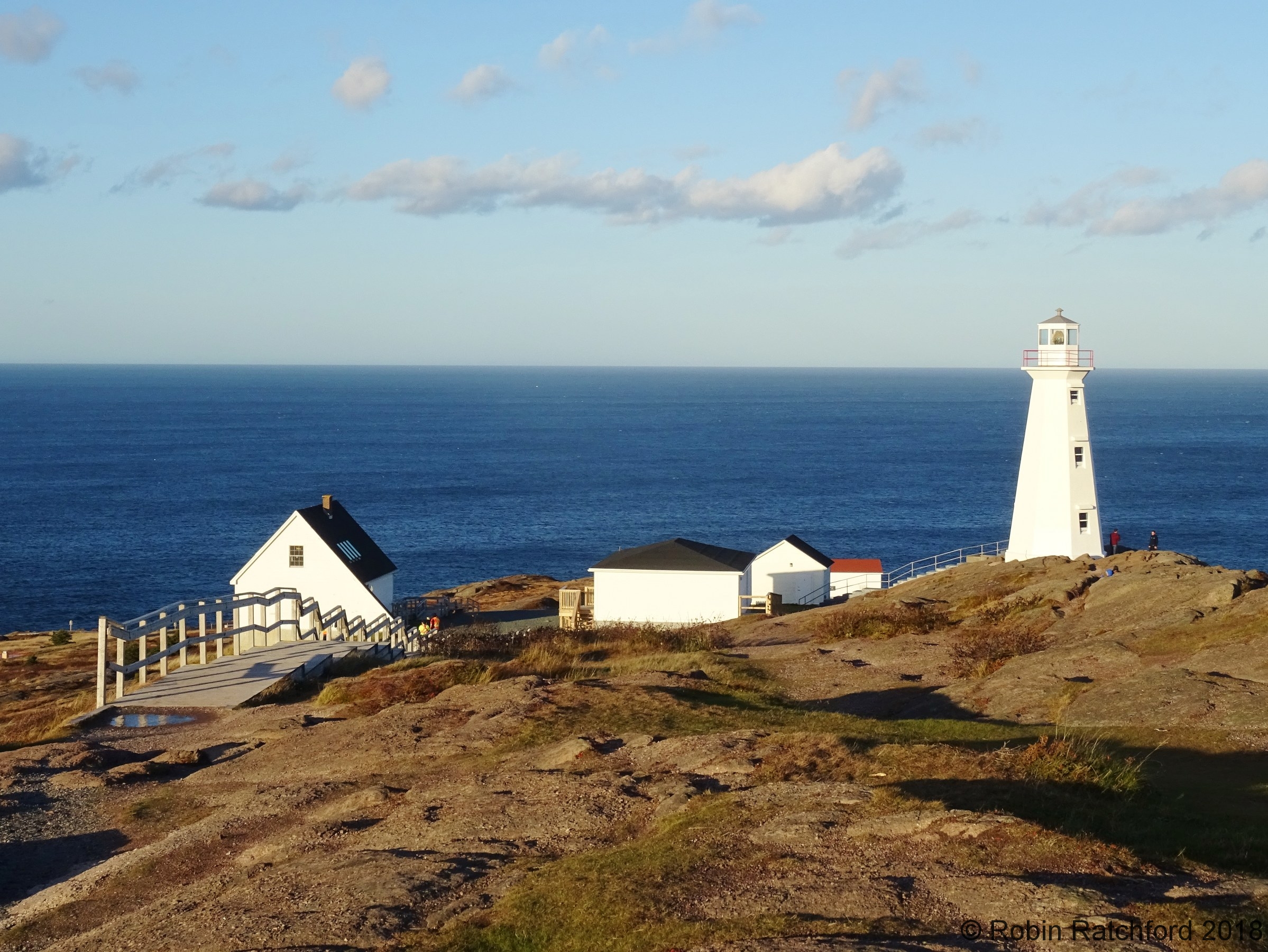 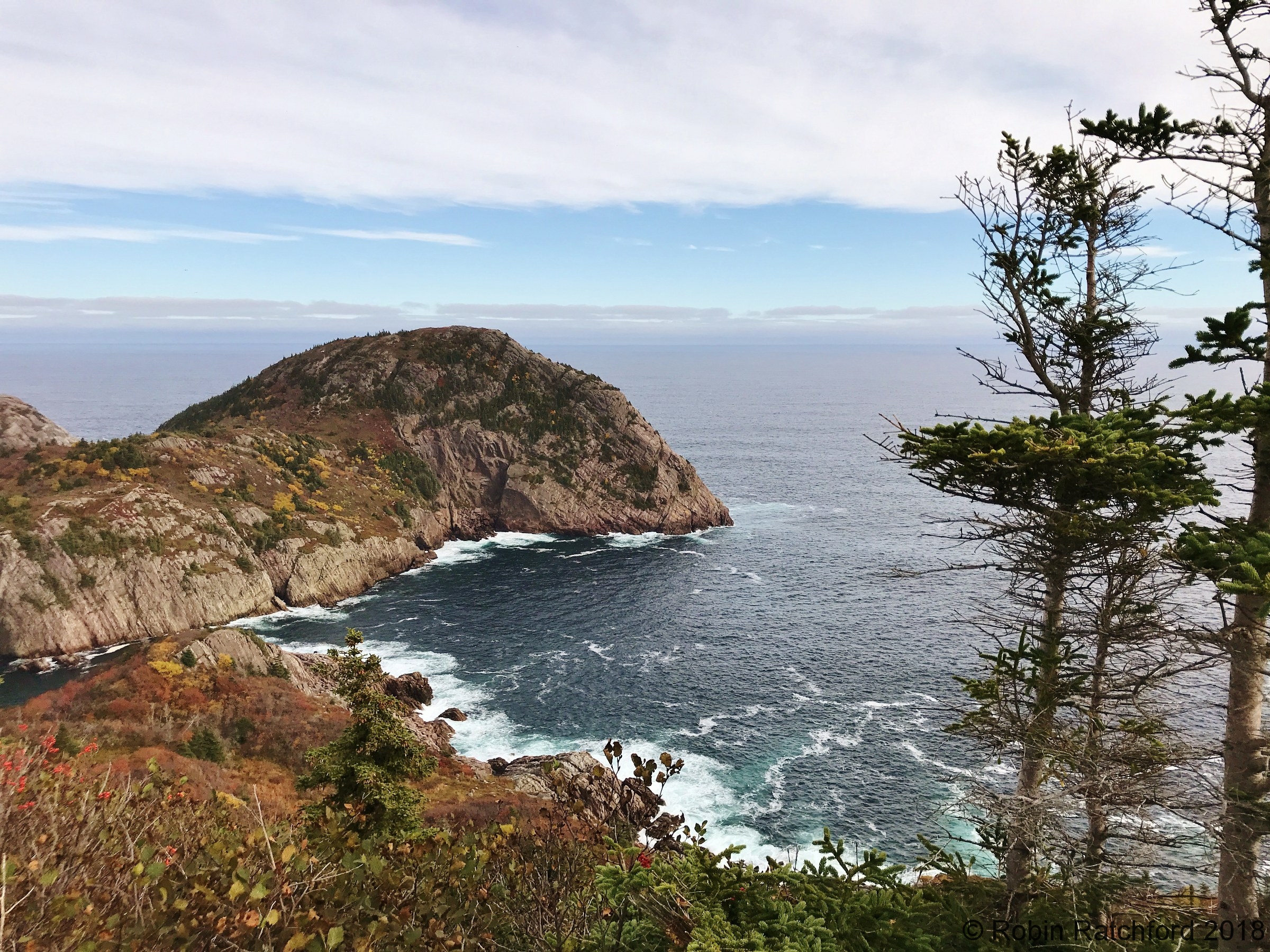 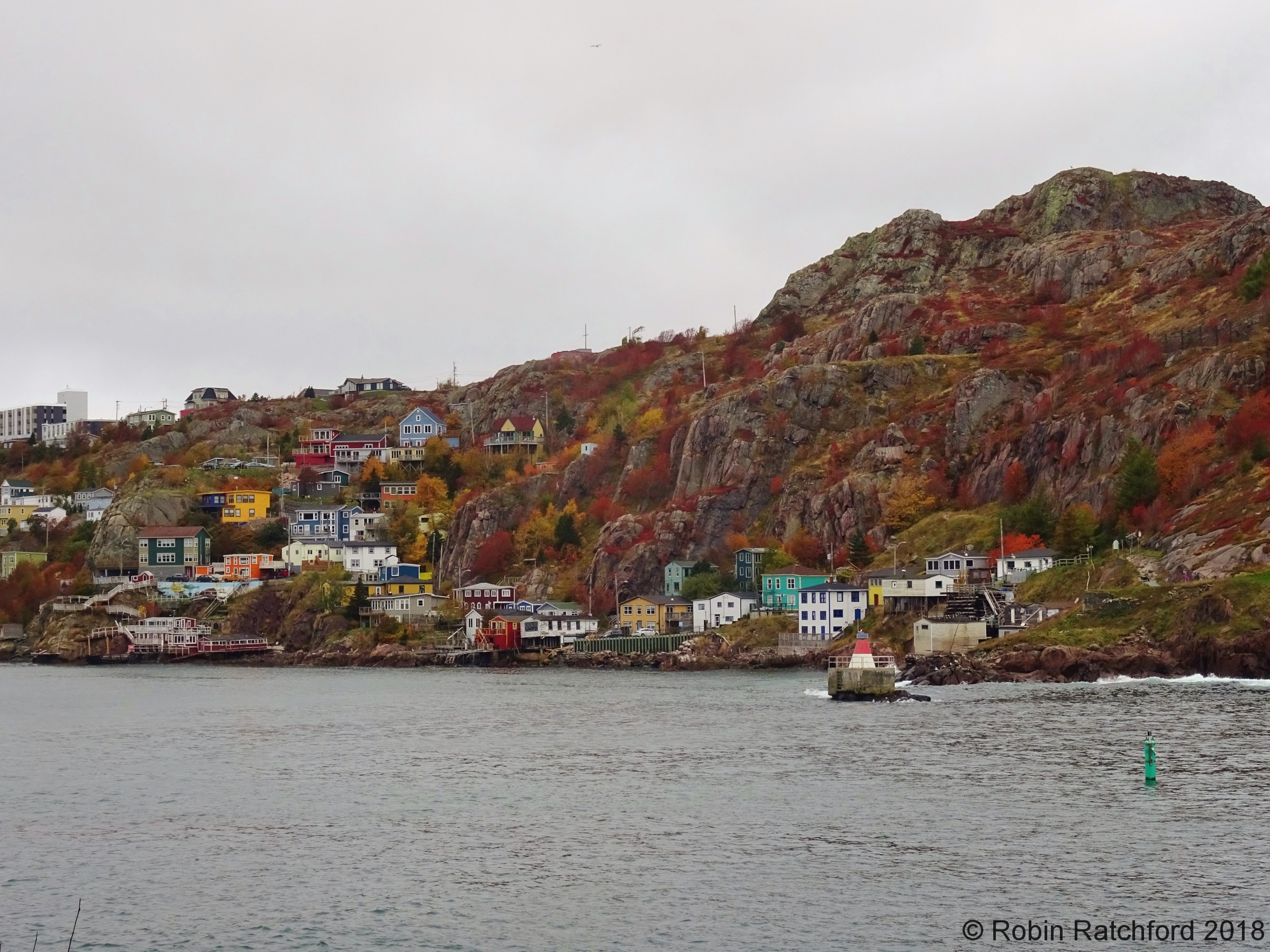 Human habitation in Newfoundland dates back some 9000 years.  Over time, different aboriginal groups such as the Mi’kmaq and the Beothuks crossed to the island from the mainland.  The Vikings – reputedly led by the explorer Leif Erikson – probably stayed only a few years.  It is thought they left because of a combination of limited farming opportunities and clashes with the indigenous population.

The next Europeans to arrive were explorers such as the Venetian Giovanni Caboto (known in the English-speaking world as John Cabot), who landed on the island’s east coast in 1497.  He was followed by the Breton explorer Jacques Cartier, who eventually claimed large parts of what is today Canada for the French.

But it was the rich fishing grounds surrounding the island, such as the Grand Bank, that proved the greatest attraction.  Each season, French, Basque, Portuguese and English fishermen sailed from Europe to catch the cod that teemed in the icy waters of the North Atlantic.  They dried and salted the fish, before selling it to Spain and Portugal.

The British, French and Spanish governments squabbled and fought over rights to fish and rights to set up onshore settlements to process their valuable catch.  More and more fishing boats arrived until even as early as the first half of the 19th century catches began to fall.

It would have been in everyone’s interest to catch fewer fish, so that stocks would be maintained.  But it was a classic case of the ‘tragedy of the commons’, with every fishing boat or company trying to catch as much as they could – literally while stocks lasted.  Boats became ever more sophisticated and more efficient at catching and processing the fish.

Until 1949, Newfoundland was a British Dominion.  For most of this time it had a degree of autonomy.  Successive Newfoundland governments tried to diversify the economy away from fishing by encouraging manufacturing, mining and logging, and by building railways.  Their success was limited.  There were not enough people on Newfoundland to buy the goods made there and or to make the railways profitable.  For most people in Newfoundland life was hard.

In 1949, Newfoundlanders voted to become part of Canada.  Gradually, things began to improve.  Newfoundland was combined with Labrador to become Canada’s most easterly province.  And, yes, both Newfoundland dogs and Labrador dogs originate from here!

Then, in the late 20th century, fish stocks collapsed.  The cod population was reduced to only one percent of what it had been historically.  In 1992, the Canadian government imposed a moratorium on cod fishing.  At a stroke, the island’s 500-year old fishing industry was virtually wiped out.

Newfoundland has had to reinvent itself.  Tourism plays an increasingly important role in the island’s economy; a growing number of cruise ships stop at St. John’s and the capital’s airport is only a 4h30 flight from London.  St. John’s, with its rows of brightly painted wooden houses and vibrant art scene, has plenty to offer the visitor.  It also has an excellent museum – The Rooms – detailing Newfoundland’s rich history.

Within walking distance of downtown St. John’s is the erstwhile fishing village of Quidi Vidi.  Built around a small harbour known as ‘The Gut’, the village is hidden from the sea by a narrow gorge.  Today, arts and crafts and a microbrewery have replaced the fishing industry.  The Quidi Vidi Brewing Company is Newfoundland’s largest microbrewery.  Among its product range is Iceberg Beer, made with water from ice harvested from the icebergs that float off the coast in spring.

In centuries past, many Irish settled in Newfoundland; most of the English fishermen who stayed here hailed from the South West of England.  Today, the locals’ accent is quite different from that of other Canadians.  Indeed, when I first heard people talking on the streets and in shops I was puzzled why there were so many Irish and Australian tourists visiting – only to discover that they were Newfoundlanders!

Newfoundland has a unique feel to it and its inhabitants a strong sense of distinct identity.  The island’s rugged landscapes might seem in hospitable, but the Newfoundlanders themselves more than make up for it with the welcome they extend to visitors.