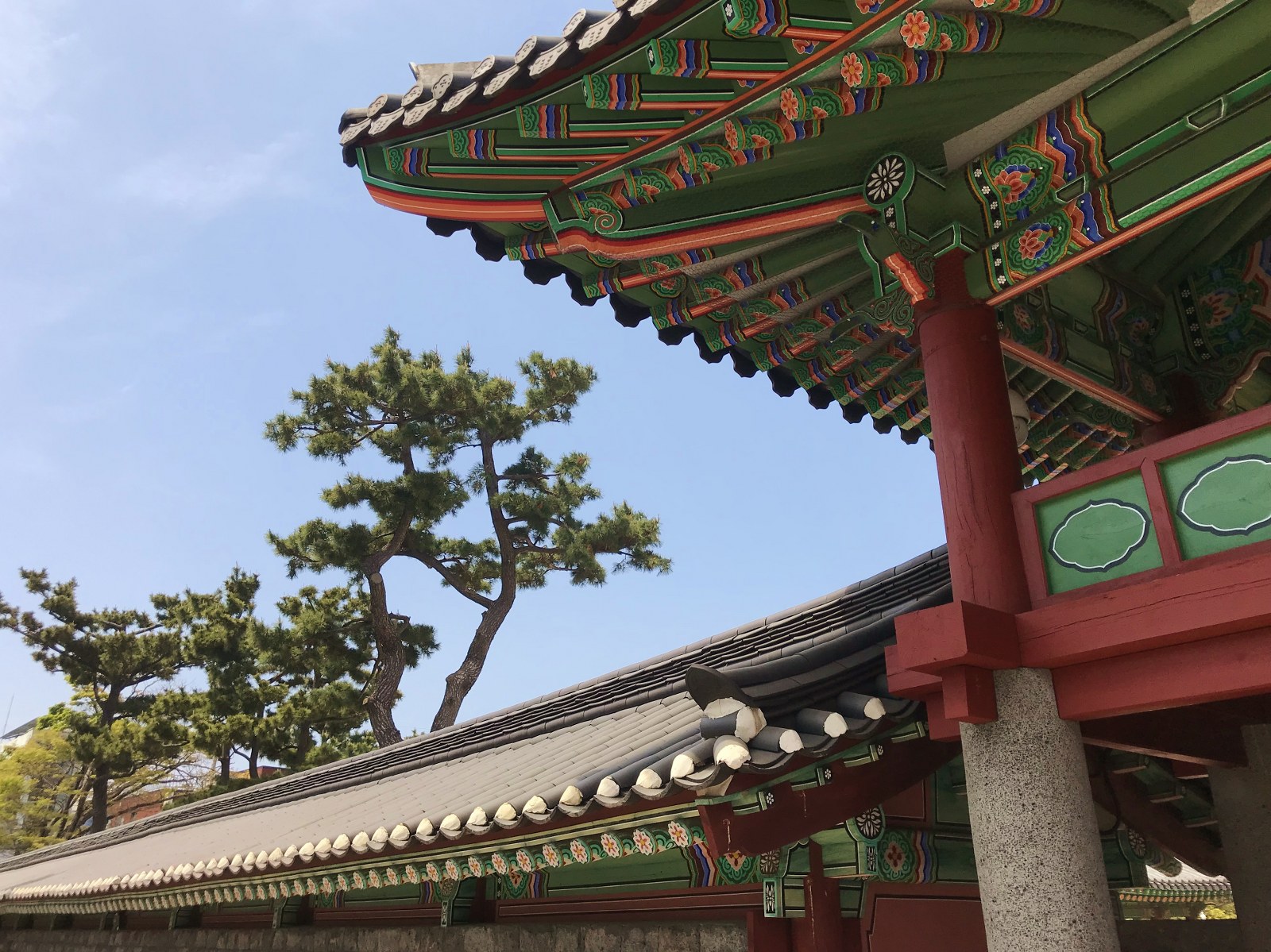 The volcanic island of Jeju lies to the south west of the Korean Peninsula.  Known for its warm climate and beach resorts, it is South Koreans’ favourite domestic holiday destination.

Yet with a dormant volcano towering nearly two kilometres over the middle of the island, a landscape of volcanic craters and a multitude of museums, Jeju-do (meaning Jeju Island) has much more to offer the visitor than simply sun, sea and sand. 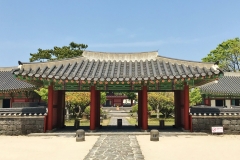 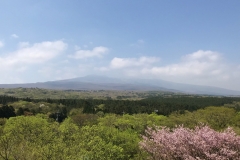 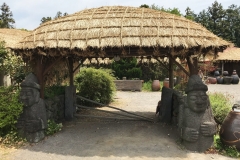 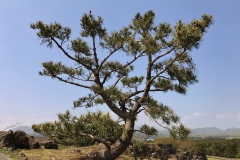 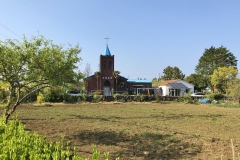 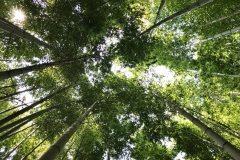 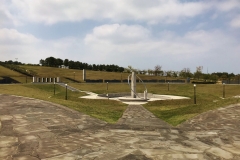 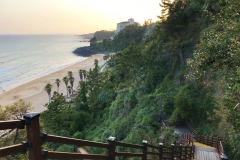 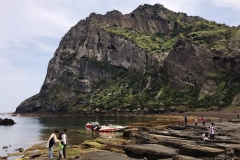 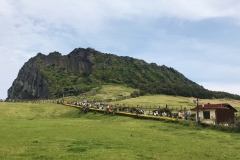 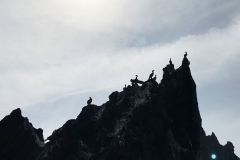 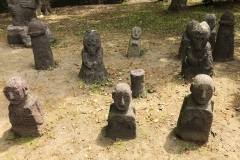 Measuring some 73 by 30 kilometres, Jeju is South Korea’s largest island. Home to just 660,000 people, it welcomes over 15 million visitors a year.

The main landmark, the sprawling volcanic Mount Hallasan, is South Korea’s highest peak.  It is set in an eponymous national park of lush forest.  It is a long walk up to the summit but from the crater at the top there are panoramic views in all directions.

According to legend, Jeju was founded by three divine brothers Go, Yang and Bu who emerged from three holes in the ground in the 24th century BC.  The trio of gods discovered a box washed up on the beach.  Opening it, they found it contained three princesses and horses, cows, rice, corn, grain, millet, barley and bamboo seeds.

The gods greeted the princesses as their wives, began farming, established a village and founded the Kingdom of Tamna.

Tamna did exist and was indeed ruled by three princes but archaeologists and historians do not know its exact origins.

Jeju’s position between China, Japan and Korea meant Tamna traded with all three.  In 1108, the Goryo dynasty that ruled much of the Korean Peninsula annexed Tamna.

In 1273, Mongol invaders conquered the island, bringing with them their tradition of horsemanship. They also introduced a special type of horse – the jorangmal – a hardy breed that is small enough to pass under a fruit tree.

And fruit trees there are aplenty on Jeju.  The island is renowned for its citrus fruits, especially its tangerines and mandarins, and even has a museum dedicated to citrus fruit.

In fact Jeju has more than a hundred museums – helped by special tax breaks – showcasing various aspects of the island’s history.  Folk villages still with traditional houses provide a glimpse into what life was once like.

In recent decades, the focus of Jeju’s economy has moved from agriculture to tourism and the island has become known as the ‘Hawaii of South Korea’, with numerous resorts popping up along the coast.

The island is particularly popular with Chinese tourists who need a visa to visit the rest of Korea but do not for Jeju.  The prospect of gambling and duty-free shopping provide a special lure.  An added attraction is that on Jeju Chinese can take the exam for an international driving licence.

Jeju is an attractive holiday destination, yet most of the visitors to the island are probably unaware of a darker chapter in its history.

At a public gathering in Jeju City – the island’s capital – on 3 April 1948 a police horse trampled a child at a street.  When the crowd ran after the mounted policeman other police officers shot at them, killing six and injuring eight more.

The event sparked off what is known as ‘The April 3rd Uprising and Massacre’.  Martial law was declared on Jeju and the army imposed a quarantine, forbidding anyone to move more than 5km inland.  Anybody who did so would be deemed a rioter and face death.  Undeterred, many people fled from the coastal areas, seeking refuge in the interior and on the slopes of Mount Hallasan.

By the time the civil unrest ended in 1954,  30,000 Jeju islanders, many of whom were falsely accused of being communists, had been killed and numerous villages burnt down.

In the ensuing years, a blanket of silence fell over the events on Jeju.  Only after South Korea became fully democratic in 1987 did a process of coming to terms with the island’s recent history and a search for the truth begin.  As recently as 2008, excavations at the capital’s airport revealed over 200 bodies of people who had been executed there.

The tragic story of the April 3rd Uprising is told in detail in the museum at the Jeju 4.3 Peace Park in the centre of the island.

For a small island, Jeju packs a lot in for the visitor.  Whether you are interested in hiking or history or simply want to relax at the beach or party, you will find something on Jeju to enjoy.