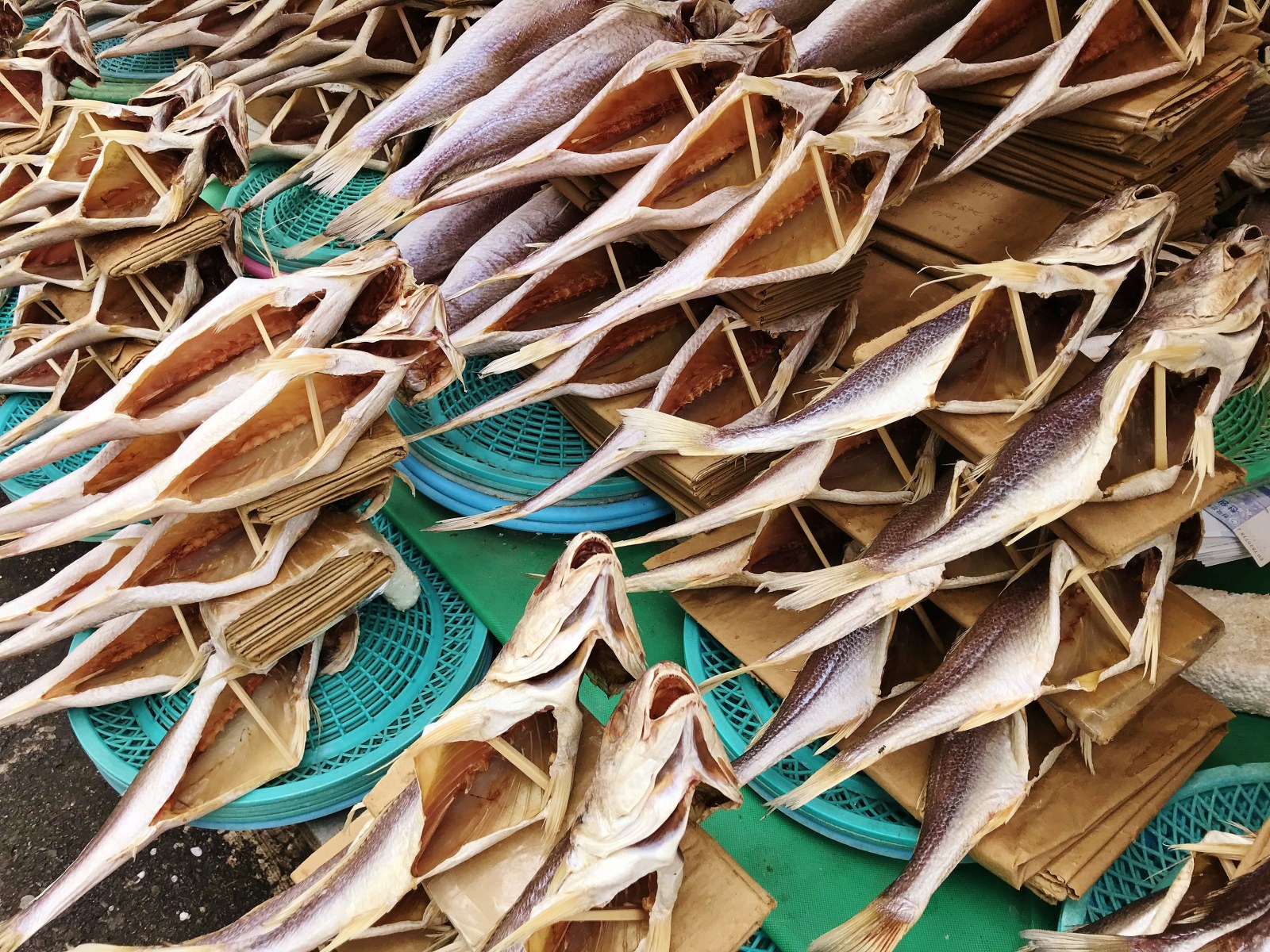 The Jagalchi fish market in Busan is South Korea’s largest fish market and one of Busan’s top attractions.

Busan is South Korea’s second city.  Situated on the South Eastern coast of the Korean Peninsula, it is the country’s biggest port and the fifth largest in the world.

The city is known for its beaches, mountains and temples but for me the highlight was the fish market. 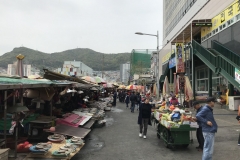 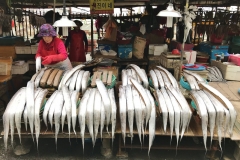 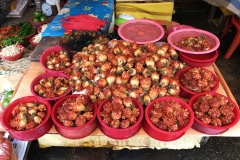 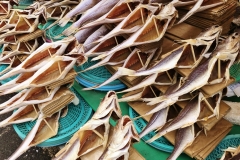 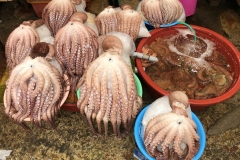 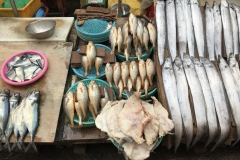 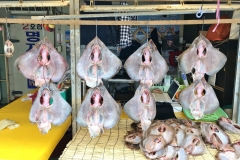 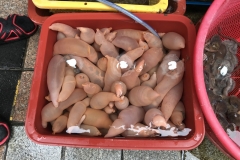 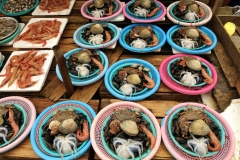 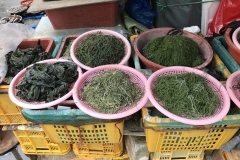 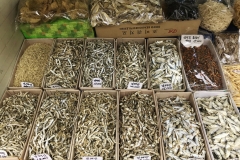 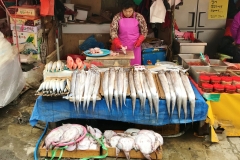 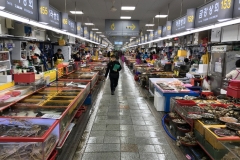 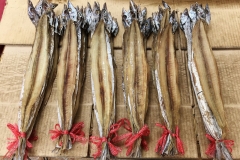 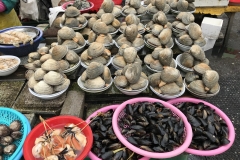 Located on the edge of Nampo Port, the market is set out in a series of halls in a 7-storey building that in its upper floors also houses fish restaurants, a karaoke bar and a rooftop terrace.

Outside, rickety market stalls line the narrow streets, while opposite the main building a row of restaurants offers the hungry visitor the chance to dine on the freshest of meals.  In some cases, it is a case of straight from fish tank to plate, with a detour through the kitchen.

The market starts with an auction from 06h00 to 11h00, where auctioneers sell the graded fish to wholesalers.  Anyone can buy from the countless market stalls, though, and many locals head to Jagalchi to shop for seafood or to have something to eat.

Fish of all sizes, shapes and colours are on display – big fish, flat fish, small fish; silver, yellow, blue and gold. Carefully arranged on tables or hanging in the wind to dry, the variety of species seems endless.

A host of other sea creatures, such as eels, sea urchins, snow crabs, sea squirts, molluscs and sea cucumbers also await their fate as somebody’s dinner or lunch.

Some are still alive, wriggling in bowls, squirming in water-filled polythene bags or else crammed into aquaria. Many, it has to be said, look decidedly unappetizing, others like they have just crawled off the set of a sci-fi horror movie.

Outside, the market vendors – most of whom are women –
hang their fish from hooks or carefully set them out on tables in tidy rows .

In a world where many people have less and less contact with food in its pre-packaged or pre-processed state, the Jagalchi fish market is a multi-sensory reminder of the variety of food that comes from the seas.

Understandably, a fishy fragrance floats in the air but because everything is so fresh it is barely noticeable and not unpleasant. At Jagalchi fish market you can be sure that the skate on your plate is never out of date!

South Korea – Land of the Morning Calm, Country of Contrasts